He watched the Battle of Gettysburg from his house, then joined in

You may be a badass, but you’ll never be “joining the battle of Gettysburg at the age of 69” badass. 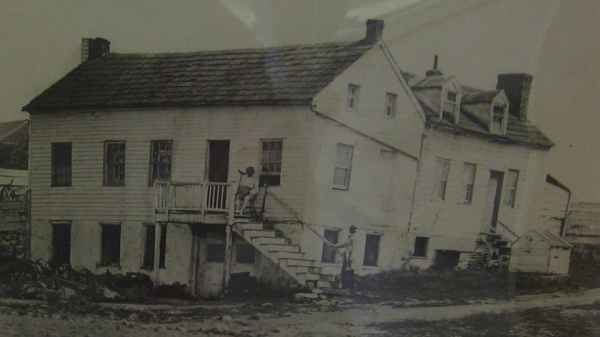 You may be a badass, but you’ll never be “joining the battle of Gettysburg at the age of 69” badass. Those bragging rights belong to John L. Burns, who earned the title “the old hero of Gettysburg” after he saw the crucial battle from his house, grabbed an old musket and joined the Union line.

He’s pretty much Clint Eastwood’s character from “Gran Torino,” but real and not a drunk.

A veteran of the War of 1812, Burns seemed to have an unquenchable thirst for military service, and not just that, he was constantly searching for a chance to fight.

Years past his prime, Burns even tried to volunteer for service in the Mexican-American War, but was rejected for combat duty because he was too old. By that time, he was in his 50s, notes Civil War historian Samuel Penniman Bates in “The Battle of Gettysburg.” When the Civil War began, Burns tried his hand at military service again, this time volunteering to serve as a supply driver for the Union, but was again denied.

A diehard patriot, the aging Burns was undeterred.

Related: How A Drunk Decision By A Terrible Commanding Officer Led To A Medal Of Honor »

When Confederate Gen. Jubal Early captured the town of Gettysburg, Pennsylvania, in June 1863, Burns, the town constable, was jailed for interfering in the Confederate forces’ military operations, writes Bates. Then, as the Union Army approached and the Confederates withdrew, Burns was released and proceeded to arrest several rebel soldiers who fell behind.

Then on July 1, 1863, Burns watched from his house as the Battle of Gettysburg began to unfold nearby. He knew exactly what he had to do. Grabbing his old flintlock musket, Burns made his way to the Union lines.

As he drew near, Burns met two wounded Union soldiers and pretty much proceeded to give them shit for being out of the fight, saying “your guns are needed over yonder, but you are bleeding and too weak to carry them; give one to me.”

When asked what he’d do with the rifle, his reply was:

“Shoot the damned rebels,” Burns said, according to Bates’ account.

He was immediately given the newer rifle and pocketfuls of ammunition. As Burns arrived at the Union position, he was met by Maj. Thomas Chamberlin of the 150th Pennsylvania Infantry, who was understandably confused when an old man wearing dark trousers, a waistcoat, an overcoat with burnished brass buttons, a top hat, and carrying a rifle suddenly appeared looking to join the battle.

Burns proclaimed that he was there to fight, and after a little confusion on the part of the Union commanders, the aging would-be warrior was sent to the woods where the trees and brush might give him some cover and keep the old man from getting killed.

For the next several hours, Burns picked off enemy soldiers during the battle, typically aiming at those on horseback, because who doesn’t like a challenge?

As the Confederate forces moved on their position, Burns was hit multiple times, once in his arm, once in his leg, and sustained minor wounds to the rest of his body. As the enemy neared, the Union soldiers fell back, leaving Burns behind.

Knowing he’d be executed if he was captured — the penalty for being a bushwacker, aka a non-uniformed combatant, was severe — Burns ditched his borrowed rifle and quickly buried the last of his ammunition.

When the Confederate troops moved in and came upon Burns, he proceeded to explain that he had not in fact spent most of the day shooting at them, but was just an old man who got lost and caught in a crossfire while out looking for a doctor to tend to his ailing wife.

Not only did the ruse work, the Confederate forces took him to their surgeons who tended his wounds.

After the battle, news of Burns’ actions spread, and he was hailed as a hero. When President Abraham Lincoln arrived to deliver the Gettysburg address, he even met with the aging veteran. And at the Gettysburg National Military Park is a statue to Burns, an old stubborn warrior, who saw a fight unfold from his porch and leapt into the fray.