The Story Of Zaamurets, An Armored Train That Fought Its Way Across Eurasia

Before carriers, formations of B-17 flying fortresses, submarine fleets and tank battalions, another kind of war machine ruled the battlefield:... 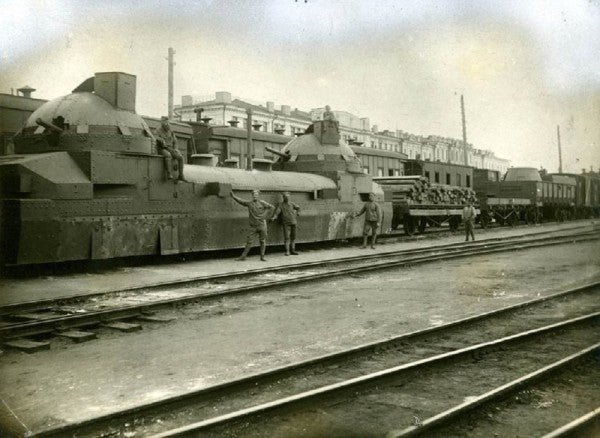 Before carriers, formations of B-17 flying fortresses, submarine fleets and tank battalions, another kind of war machine ruled the battlefield: the armored train. During the early years of the 20th century, it ruled the rails of eastern europe and China. Among the many trains that rode and fought on the tracks, none was more storied or sought after than the Zaamurets.

A multicar train, the Zaamurets had two fully-traversable 57-mm turrets, eight machine guns, as well as inches-thick armor to protect the crew and carriage from incoming fire. The train also boasted two high-powered petrol motors that could push it to 28 miles per hour.

War machines know no loyalty, at least that’s the story with the Zaamurets, which changed hands and names often.