Sooner or later, almost everyone in the military will say the following: “I didn’t sign up for this shit,” followed … Continued 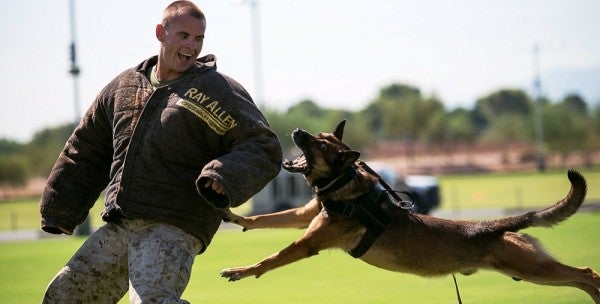 Sooner or later, almost everyone in the military will say the following: “I didn’t sign up for this shit,” followed by, “My recruiter lied to me.” Sure,, many service members enter the military with the understanding that sure, maybe they won’t get their ideal duty station or an endless volleyball match in the sun. But certainly, the military will never be so bad that someone would lament ever signing up, even for a moment? It can’t possibly be that bad, can it?

Related: The 11 Biggest Lies Recruiters Tell, According To The Internet »

Well, it can. Grant it, it’s usually just a few bad (like, trapped in tipped over a PortaJohn bad) moments in an other otherwise positive and rewarding term of service. But, most of us, and at least a few hundred of our fans on Facebook felt strongly enough about this to weigh in. From getting shot at by your own troops, to manning a post to prevent a sailor from pooping in the shower, here are some of your best (okay, okay, worst) “I never signed up for this shit” moments.

The National Guard: When you want to cram an enlistment’s worth of BS into just one weekend a month.

“If I wanted this I’d have joined Starbucks, not the military.”

When you get part of a shitter blown into your shitter.

“Your contract. Read it.”

Game over man, game over!