‘Enlisted Military’ Rated Most Stressful Job In The Country — Again. Here’s Why

Well, we made it, guys. For the second year in a row, “enlisted military” was rated the most stressful job... 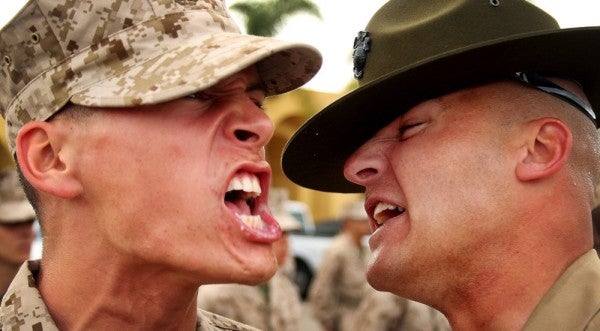 Well, we made it, guys. For the second year in a row, “enlisted military” was rated the most stressful job in America! Woo-hoo — oh wait. Is this… bad?

Maybe. But it’s not surprising. While every industry and position comes with different levels and forms of stress, for those in the military — especially on the enlisted side — stress isn’t a factor; it’s an inherent part of the gig.

That was the conclusion that CareerCast recently came to after analyzing core factors related to stress. Points were allotted based on job hazards, pay concerns, travel, physical demands, deadlines and public exposure.

Though the study covers 200 different jobs, it designates “enlisted military” as a career, which is a bit misleading, given that it covers a panoply of different job fields — you sort of expect infantry, military police, and firefighters to have more stress than, say, water purification specialists or engineering aides. (Though maybe the worst of both worlds belongs to those poor combat correspondents and military reporters, given that journalism, too, is one of the perennially most stressful jobs on these lists.)

We decided to break down the methodology used to determine exactly why enlisted troops — regardless of MOS — have the most stressful jobs:

Risk of death or grievous injury to yourself or another

No duh: Enlisting in the U.S. armed forces during the nation’s longest period of sustained conflict, regardless of your MOS, introduces your life and limbs to a bunch of new risks. It’s possible your recruiter mentioned this somewhere between GI Bill money and retirement benefits.

Join the military, see the world, it’s like you’re paid to be on vacatio— just kidding, get on the plane. You’re going to a desert, in a country with no alcohol, and you’re forbidden from having sex for six months to a year. No, it’s great, we swear.

“Up in the morning with the rising sun, gonna run all day till the running’s done” about sums it up. The only thing worse than constant PT is the rash of injuries you get from not PTing enough to do your job.

Sure, the first few years in the military it’s just raining “time in grade” promotions — until that first nonjudicial punishment. Hello ninja punch, so long pay raises. That combined with budget cuts and drawdowns — may be why the median salary for enlisted personnel is a miserable $26,054 and the projected job growth is… 0%.

Hmmm, how about burn pits; IEDs; arid deserts; sweltering jungles; running ops in cities without working sewage or infrastructure; climbing up mountains; leaping out of a perfectly good aircraft into the freezing night air; fire, hurricane, and natural disaster relief efforts… wait, why are you skipping ahead? I have more.

All of the above, plus let’s add “fighting a war” to that list. Oh, and any time an overzealous NCO or boot lieutenant decides out of the blue to take the troops on a 10-mile run in full kit during black-flag weather.

Unlike competing for a promotion against just your office colleagues, in the military you’re up against every other person in your service in the same MOS. Plus, there’s always a chance that promotions will be closed for years, or that your entire career field will just up and vanish. Sorry, assaultmen.

Life sometimes moves at a crawl in the military, especially in garrison, until suddenly and without any warning, it goes from thumb-twiddling to “Get me that updated roster and gear list ASA-Fucking-P. Not by close of business. Not in an hour. Right fucking now!”

Working in the public eye

You ever heard of the daily blotter? If so, then you know that any time a service member screws up out in town, it never reads: “While intoxicated, John Shower Shoe engaged local police in a high speed chase around the downtown traffic circle while riding a unicycle naked on July 4.” Instead it’ll read: While intoxicated, John Shower Shoe, a Marine/Soldier/Airman/Sailor, engaged local police…”

So yeah, being enlisted in the military is stressful as fuck, but it also means always winning the “who has it worse” contest. That has to count for something, right? Quick, grab my blood pressure pills and my coyote brown ball cap, you know, the one with the faded American flag patch. There’s some kids on my lawn that need yelling at.