This 1970s Air Force Commercial Is A Retro Gem

The Air Force takes a lot of flak for its image as the cushier, more civilianized branch of the military,... 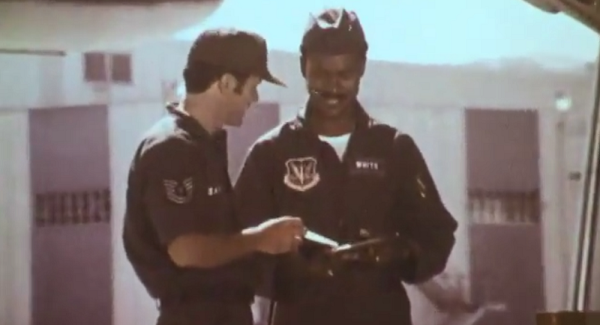 The Air Force takes a lot of flak for its image as the cushier, more civilianized branch of the military, and while today’s airmen have done a great deal to end that stereotype, it persists.

Probably because videos like this are still floating around the internet.

Let’s be real though, after having served on active duty in the military, it’s hard to blame anyone for wanting to have the best of both worlds.

There’s a self-assured swagger and charm to the advertisement, due in large part to the silky smooth jazz in the background and singer Dionne Warwick’s narration.

“Even guys who have already started to build themselves a good life can gain a lot by joining up with their local Air Force Reserve unit,” says Warwick. “You can keep that good thing going while you earn, learn, and travel, and do an important job for your country.”

The commercial doesn’t market the military as an identity, but as a way to improve upon an already good life. The guy in the video looks pretty happy:

If I’d been around when the recruitment commercial aired, I probably would have considered the Air Force Reserve, before promptly enlisting in the Marines.