He received the Army Commendation Medal during his retirement ceremony on Sept. 17 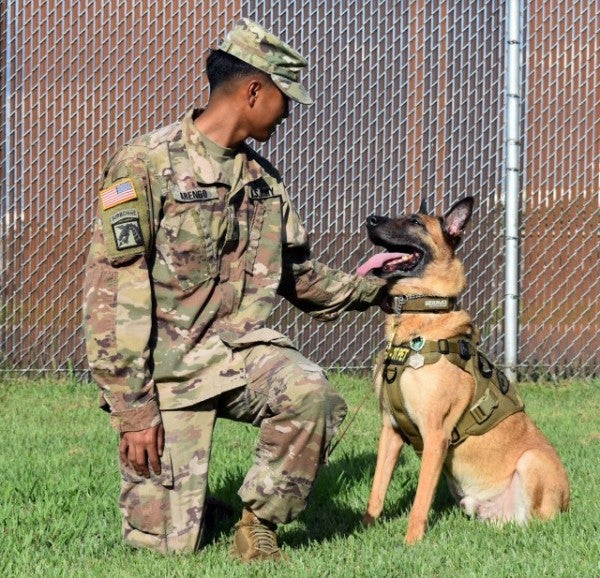 For some soldiers, it can be hard to decide what to do first after retiring from an Army career. Should you immediately jump into whatever's next, or maybe just relax on the couch for a little while, slobbering over your new favorite tennis ball?

Okay — maybe not the tennis ball part. But for Sgt. 1st Class Vito, an 11-year-old Belgian Malinois who retired as a military working dog last week, that'll definitely be the case.

Vito served nine years as a Patrol Explosive Detector Dog, and has deployed to Qatar and Iraq. He retired during a ceremony at Camp Zama, Japan, on Sept. 17 after hurting his back during his deployment to Iraq, according to an Army press release.

“Sgt. 1st Class Vito's dedication to duty and professionalism contributed significantly to the detachment's overall success,” the certificate read. “His performance is in keeping with the finest traditions of the Military Police Corps and reflect great credit upon himself, the 901st Military Police Detachment, U.S. Army Garrison Japan and the U.S. Army.”

Capt. Amie Young, the detachment's commander, said at the ceremony that Vito has “definitely earned” his retirement, adding that he's a “very sweet dog.”

Spc. Jericho Arengo, Vito's handler of over two years, said in the press release that while you might think Vito would “slow down” because of his age, he's just as spry as ever.

“He acts like a puppy,” Arengo said. “Running around, still chasing tennis balls, sprinting as fast as he can.”

Vito, who loves naps, is planning to “spend the rest of his days at 'Fort Couch'” in South Dakota with his new owners: Arengo's parents, who are adopting him.