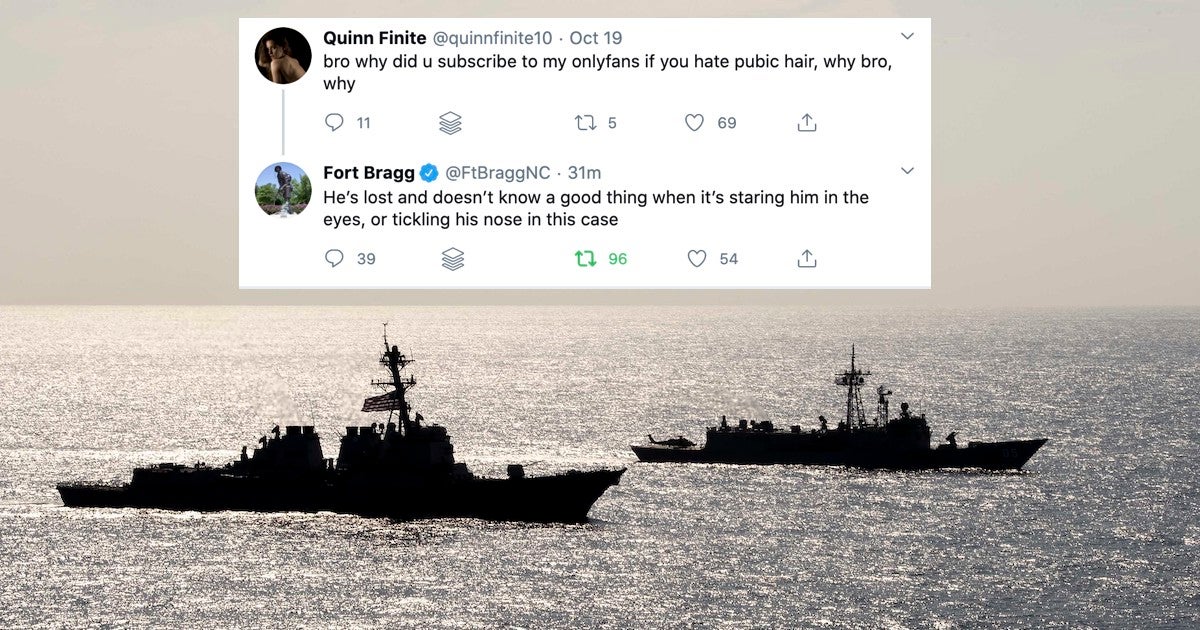 The offending tweets have since been deleted, but not before Fort Bragg officials claimed that the Twitter account had been ‘hacked’ by some anonymous adversary.

As far as unauthorized tweets go, this is grossly embarrassing saga for the public affairs folks at one of the Army’s most important installation, a tornado of shame, embarrassment, and horniness that temporarily knocked the entire Twitter account offline:

But as it turns out, the whole hacking excuse was a load of bunk. On Thursday, Col. Joe Buccino, the spokesman for 18th Airborne Corps, told Task & Purpose that during an investigation into the incident, “an administrator for the account identified himself as the source of the tweets.”

Given that Buccino was forced to retract his initial hacking claim, it’s clear that someone in the Army’s PAO shop lied to him about not logging out of their main account before firing off some horny-ass tweets. Somehow that makes the whole incident even more embarrassing.

On the upside, if there’s one thing that the Army does exceptionally well, it’s creating moments for the Navy to troll the bejesus out of the service on social media. Case in point:

Here’s to you, U.S. Navy, for keeping your Twitter feed both humor-ready and horny-free. Maybe Fort Bragg could learn a thing or two from you.