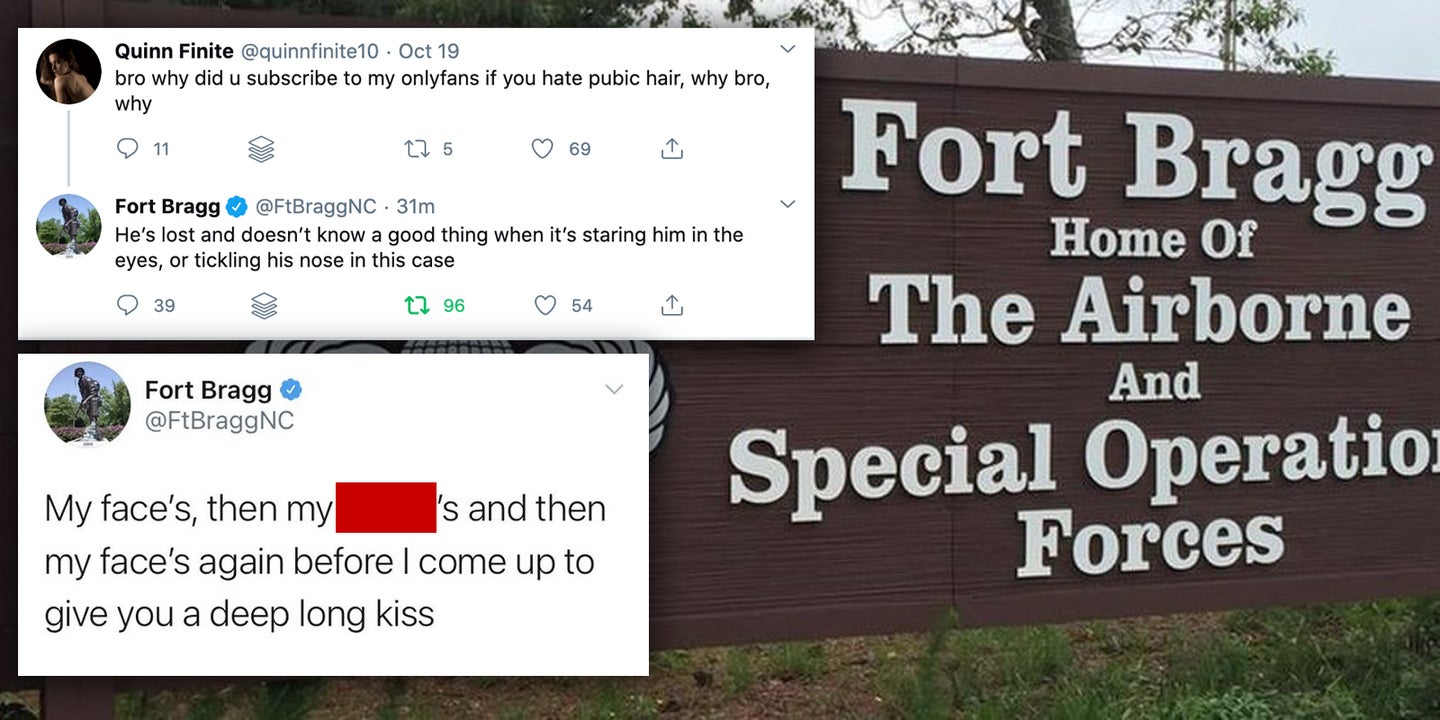 Before I start this post, I want to be clear that it brings me no joy to write this.

In response to a naked photo from the same Twitter user, who tweeted “your boner’s [point of view],” the Fort Bragg account responded…well, graphically.

Col. Joe Buccino, the spokesman for 18th Airborne Corps which is headquartered at Fort Bragg, originally told Task & Purpose that they believed the account was hacked. But on Thursday, he said that during an investigation, “an administrator for the account identified himself as the source of the tweets.”

Shortly after the graphic tweets on Thursday, the Fort Bragg Twitter account tweeted an apology reiterating the hacking claim.

“This was not the work of our admins,” the tweet said.

Buccino said on Thursday that the account “will be restored in the coming days.”

Related: The Air Force photoshopped Shia LaBeouf’s face onto a B-52 for some reason

Update: This story was updated on Oct. 22 to include Col. Joe Buccino’s statement that the account was not hacked.