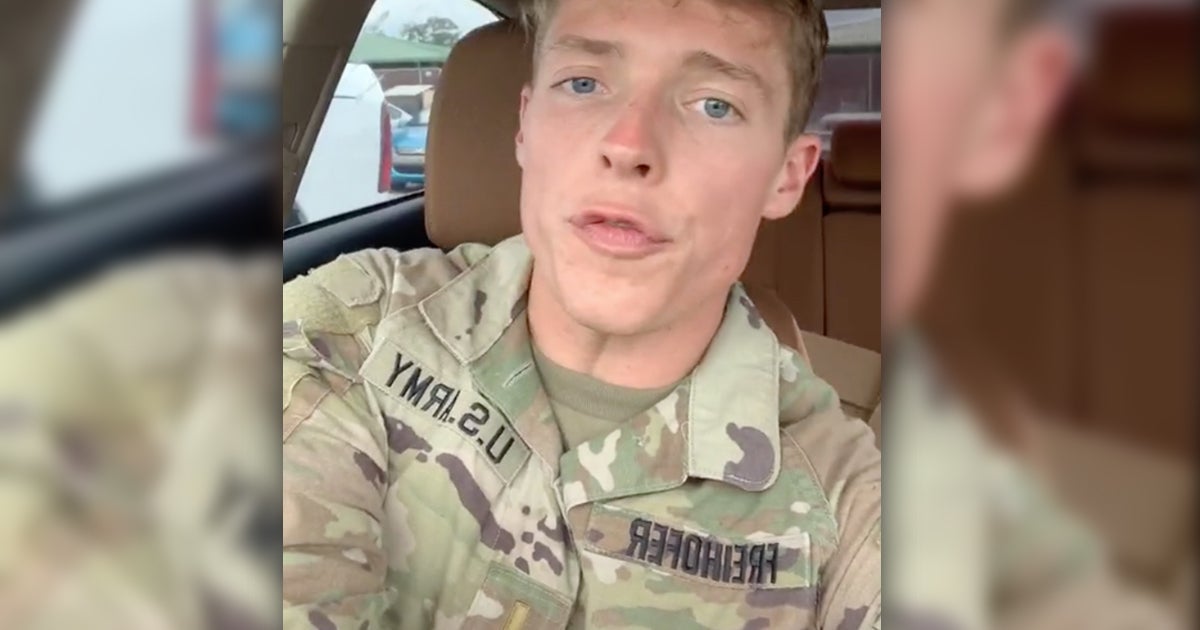 The Army is in the process of separating 2nd Lt. Nathan Freihofer from the service after the artillery officer joked about the Holocaust on his TikTok channel back in August.

Freihofer grabbed national attention after he posted a video to his nearly three million TikTok followers at the time — he has accrued nearly 1 million additional followers since then — in which he asked what a “Jewish person’s favorite Pokemon character is,” before answering: “Ash.”

Following an investigation into the video, Lt. Gen. Michael Kurilla, the commander of the Army’s 18th Airborne Corps, found “Freihofer’s anti-Semitic statement on TikTok inconsistent with the values of Army service and inappropriate for anyone in a position of leadership over American Soldiers,” said Corps spokesman Col. Joe Buccino. “As a result, last month the Corps commander initiated the process of removing Friehofer from the Army.”

This latest development in the months-long saga of the lieutenant who got lost trying to navigate human decency on social media was first reported by The Washington Post.

Immediately after the video began making the rounds online over the summer, senior leadership within the Army voiced their concern, with the 3rd Infantry Division to which Freihofer was assigned saying on Twitter that the statements in the video “are not indicative of the values we live by, and there is no place for racism or bigotry in our Army or our country.”

Sgt. Maj. of the Army Michael Grinston said at the time that the video was “completely unacceptable. On social media or not, racist jokes are racist. Period.”

Freihofer’s video, and the resulting backlash, came just a month after the Army unveiled new guidance on social media use in the ranks, in which it suggested soldiers apply the logic: Think, type, and then post. “’Think’ about the message being communicated and who could potentially view it; ‘Type’ a communication that is consistent with Army values; and ‘Post’ only those messages that demonstrate dignity and respect for self and others,” reads the policy.

Following the uproar, Freihofer’s account was temporarily suspended, and he was removed from his position with the 3rd Infantry Division at Fort Stewart, Ga.

“The Corps commander’s decision was informed by a discussion with, and previous actions by, subordinate leaders and a deliberate review of all matters related to Freihofer’s public statement and military service,” Buccino said. “This process is ongoing; in concert with Army regulation, Freihofer has an opportunity to present final matters on his behalf. These matters are expected to the Corps commander within the next two weeks.”

Freihofer was notified that he was getting the boot back in December and has until Jan. 22 to submit evidence in support of his case, an Army officer with knowledge of the situation told Task & Purpose.

Still, considering that Freihofer ended the video that started all this by saying “Hey if you get offended, get the f—k out,” perhaps he should just follow his own and advice and get the get f—k out… of the Army.