More Than 5,200 Active-Duty Troops Are Heading To The US-Mexico Border

More than 5,200 active-duty troops will be deployed to the U.S border with Mexico by the end of the week... 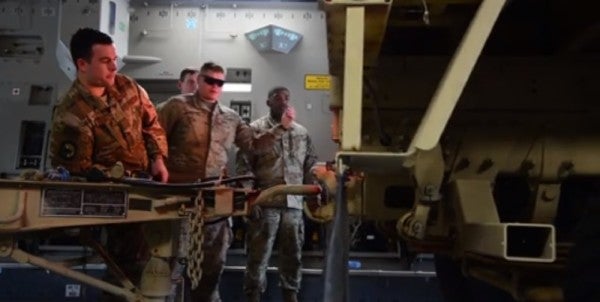 More than 5,200 active-duty troops will be deployed to the U.S border with Mexico by the end of the week in response to thousands of asylum seekers from Central America, who are slowly headed through Mexico to the United States, the head of U.S. Northern Command said on Monday.

“That is just the start of this operation,” Air Force Gen. Terrence O’Shaughnessy told reporters. “We’ll continue to adjust the numbers and inform you of those, but please know that’s in addition to the 2,092 that are employed from our National Guard.”

The Pentagon announced on Friday that it would assist the Department of Homeland Security and U.S. Customs and Border Protection along the southern border. O’Shaughnessy is the first U.S. military official to say how many active-duty troops will be involved with the operation.

The troops will deploy first to Texas, followed by Arizona, and then California, O’Shaughnessy said at a news conference at the Department of Homeland Security. The mission itself has been named “Operation Faithful Patriot.”

The active-duty troops include the Army Corps of Engineers; three combat engineer battalions, which can build temporary vehicle barriers and fencing; three medium-lift helicopter companies to transport and medevac civil authorities; military police; medical units; and three C-130s and a C-17 to deploy border protection personnel wherever they are needed, he said. The troops also have 22 miles of concertina wire with another 150 miles of wire ready if needed.

“The units that are normally assigned weapons, they are in fact deploying with weapons,” O’Shaughnessy said.

All 5,200 active-duty troops will comply with the Posse Comitatus Act prevents active-duty federal troops from serving as police officers unless the president invokes the Insurrection Act, O’Shaughnessy said.

However, he also indicated that the medium-lift helicopter companies could be used on Custom and Border Protection operations.

“We’ll be able to spot and identify groups and rapidly deploy CBP personnel where they are needed,” O’Shaughnessy said. “The helicopters will ensure that CBP agents can arrive in the most austere locations. They can fast-rope down if the need to. They can conduct and work their law enforcement activities.”

The Wall Street Journal first reported how many active-duty troops could head to the border to help stop the caravan of refugees, which originated in Honduras. Separate from the mission to the border, U.S. troops are working to train and professionalize the Honduran military, said Navy Adm. Kurt Tidd, head of U.S. Southern Command, told reporters on Monday.

“They are attempting to create secure conditions while the Honduran police reforms itself,” Kidd said. “It has had some problems with some abuse of human rights. So we spend a lot of time working hand-in-glove with our partners in the Honduran military to inculcate this respect for human rights.

“We do it by helping to train and to help them professionalize their non-commissioned officer corps and to recognize that their legitimacy derives from the respect of the population, and so it’s important that they be viewed as protectors and not as predators.”

SEE ALSO: WTF: Guardsmen Can Patrol The US Border But Can’t Look Across It?!

UPDATE: This story was updated at 5 p.m. on Oct. 29 with comments from Air Force Gen. Terrence O’Shaughnessy.