The Pentagon has not yet the deployment because it is still determining which units will be sent to the border, a U.S. official told Task & Purpose on Thursday. 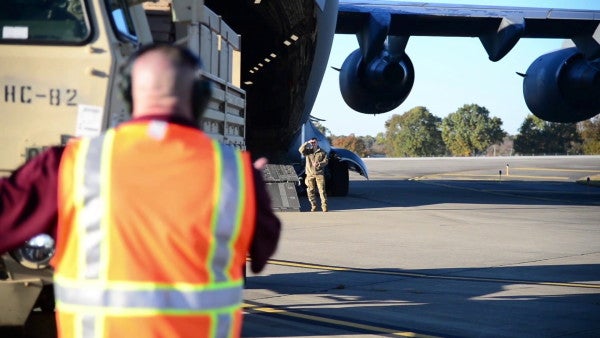 A top Democratic lawmaker was first to announce on Thursday that 3,500 additional U.S. troops are deploying to the southwestern border amid official silence from the Pentagon.

Rep. Adam Smith (D-Calif.), chairman of the House Armed Services Committee, is “deeply troubled” that defense officials did not mention the upcoming deployment while testifying on Tuesday, Smith said Thursday in a statement.

“The members of the committee would have been extremely interested in discussing what the 3,500 troops going to the border in response to latest request will be doing there,” Smith said in Thursday's statement.

“This is a violation of the executive branch's obligation to be transparent with Congress, which oversees, authorizes, and funds its operations. It also raises questions about whether the department thinks the policy of sending additional troops to the border is so unjustified that they cannot defend an increase in public.”

The Defense Department has not yet announced the deployment because it is still determining which units will be sent to the border, a U.S. official told Task & Purpose on Thursday.

Currently, about 2,350 active-duty troops and a similar number of National Guardsmen are deployed to the U.S/Mexico border on a mission that is expected to last through September. They have been tasked with laying concertina wire and helping to support civil authorities, who are trying to prevent Central American asylum seekers from crossing into the United States.

President Trump tweeted earlier on Thursday that he was dispatching more troops to the border, “To stop the attempted Invasion of Illegals, through large Caravans, into our Country.”

More troops being sent to the Southern Border to stop the attempted Invasion of Illegals, through large Caravans, into our Country. We have stopped the previous Caravans, and we will stop these also. With a Wall it would be soooo much easier and less expensive. Being Built!

On Wednesday, Smith wrote a letter to Acting Defense Secretary Patrick Shanahan urging the Pentagon to be more forthcoming about deployments of active-duty troops to the border.

“Transparency from the department is essential in the execution of Congress' duty to exercise oversight,” Smith wrote. “Yesterday, the Department was not transparent about the number of active-duty personnel needed for future support missions at the southern border. When given the opportunity to testify publicly about the mission at the southern border, the department baulked.”

Shortly before Tuesday's hearing Shanahan told reporters at a Pentagon news briefing that “several thousand” more troops would be heading to the border, but he declined to say exactly how many.

“I'll leave it at that number,” Shanahan said.