"We are currently sourcing the units involved and there will be an increase of a few thousand troops. We will provide more clarity on the numbers when we have it." 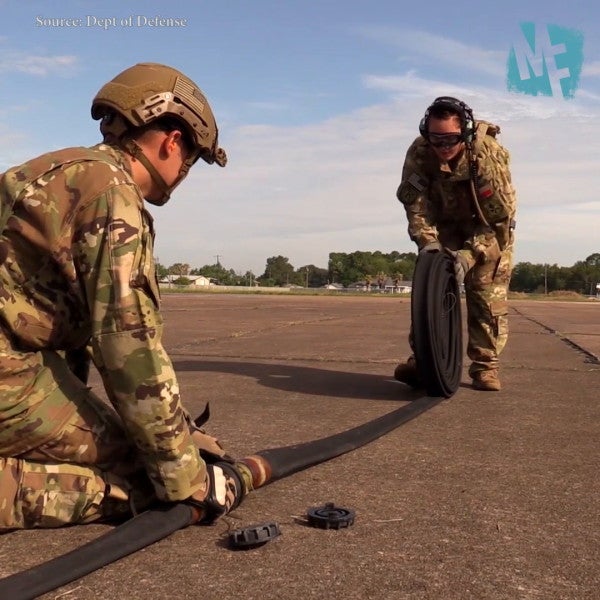 The Pentagon expects to deploy thousands more active-duty troops as part of the ongoing mission to the U.S./Mexico border, which is slated to last until September, Acting Defense Secretary Patrick Shanahan said on Tuesday.

The Department of Homeland Security has asked the military to lay more concertina wire and expand border surveillance, Shanahan said during a Pentagon news conference.

When a reporter asked how many active-duty troops it would take to meet that request, Shanahan said: “Several thousand, and I'll leave it at that number.”

As of Tuesday, about 2,350 active-duty troops and a similar number of National Guardsmen were deployed to the southwestern border, said Pentagon spokesman Army Lt. Col. Jamie Davis.

Davis declined to say how many additional active-duty troops could be deployed as part of the border mission, which was originally supposed to end on Dec. 15 but has since been prolonged through most of 2019.

“As the acting secretary said, we are supporting our federal partners on the border and that mission has been extended until September,” Davis said in a statement. “We are currently sourcing the units involved and there will be an increase of a few thousand troops. We will provide more clarity on the numbers when we have it.”

While U.S. troops are assisting the border patrol, they do not have a law enforcement mission, Shanahan said at Tuesday's briefing. Service members have helped with logistics, providing medical care, laying wire, and doing some construction.

“Then there's what I would consider a more of a traditional capability of monitoring, surveilling, and detecting,” Shanahan said. “So, this is the enhanced capability that we provide DHS.”

The Pentagon expects that the active-duty mission to the border will cost $132 million by the end of January, Vice Adm. Michael Gilday, director of operations on the Joint Staff, told Congress on Tuesday.

“For the National Guard: The last fiscal year was $103 million and we project in FY 19 to be $448 million,” Gilday said at a House Armed Services Committee hearing. “So, it will be about $550 million overall for the Guard.”