Five former commanders of U.S. Southern Command have warned in an open letter that cutting aid to Central America will only make matters worse on America's southern border. 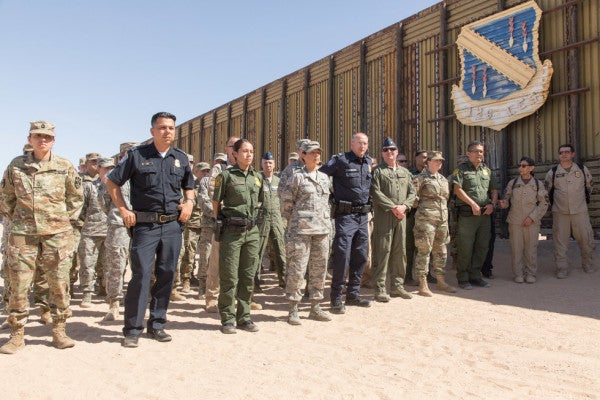 Five former commanders of U.S. Southern Command have warned in an open letter that cutting aid to Central America will only make matters worse on America's southern border.

“As former Commanders of U.S. Southern Command, we have seen firsthand that the challenges in the region cannot be solved by the military alone but require strengthening investments in development and diplomacy,” the commanders wrote, in a letter released Monday by the U.S. Global Leadership Coalition.

The letter comes in response to the State Department's recent announcement that it would end hundreds of millions of dollars in foreign assistance to El Salvador, Guatemala, and Honduras — countries where many migrants have fled violence or poverty and headed north to seek asylum.

For example, according to State, foreign aid to this “Northern Triangle” contributed to $92.2 million in exports and created over 29,000 jobs in Central America in 2017. The release also touted U.S. support that led to reductions in violence and arrests of gang members.

“We know that if we invest at the scale of the problem, it works because we've seen it work in Colombia, where a sustained comprehensive civilian-military effort helped Colombians end the longest conflict in the Western Hemisphere and transform their country into a key security and trading partner,” the letter from the former commanders said.

On the flip side, the U.S. spent $18.9 billion on border security and immigration enforcement in 2017, according to a White House fact sheet.

“Improving conditions in Honduras, Guatemala, and El Salvador is a critical way to address the root causes of migration and prevent the humanitarian crisis at our border. This is a solution to many of the drivers that cause people to leave their country and move north. Cutting aid to the region will only increase the drivers and will be even more costly to deal with on our border.”

SEE ALSO: A sitting congressman has been deployed to the US-Mexico border