"We're better than this. Every airman has an obligation to prevent and stop any harmful or demeaning conduct toward fellow airmen. This is especially true for commanders.” 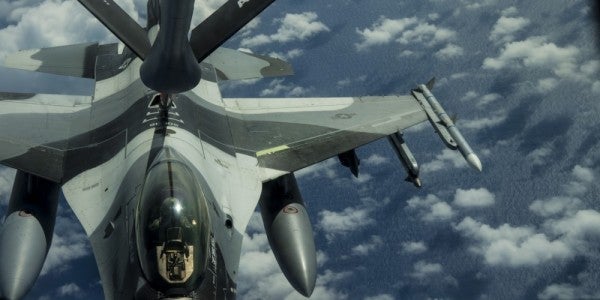 Two Air Force squadron commanders have been fired after an investigation uncovered “a culture of hazing within their units,” officials have announced.

A command-directed investigation found that the two squadrons encouraged a ritual known as “rolling up,” in which airmen's hands and feet are bound with duct tape, they are tackled, and they struggle before being freed, a wing news release said.

“According to the investigation, many airmen in the squadrons viewed 'rolling up' as being based on camaraderie and bonding, but that participation was based more on peer pressure than on enjoyment of the activity,” the news release said.

No more information about the investigation was immediately available on Monday.

“We're better than this,” Col. Benjamin Bishop, commander of the 354th Fighter Wing, said in the news release. “Every airman has an obligation to prevent and stop any harmful or demeaning conduct toward fellow airmen. This is especially true for commanders.”

Hazing is not tradition, Bishop said. Traditions promote the health of units and link airmen to those who came before them.

“When airmen; however, attempt to equate hazing actions as tradition, they do an absolute disservice to our Air Force culture and also undermine our mission effectiveness,” he said in the news release.

“I hold the duty of squadron commanders in the utmost esteem, and expect our commanders to train and strengthen our airmen, while also caring for their morale and wellbeing,” Bishop continued. “I hope we can all agree that hazing in any form has no place in our service, and that we can emerge more committed to our core values of integrity, service, and excellence as we move forward in pioneering airpower's frontier.”

SEE ALSO: There Really Is No Place For Hazing In A Professional Military