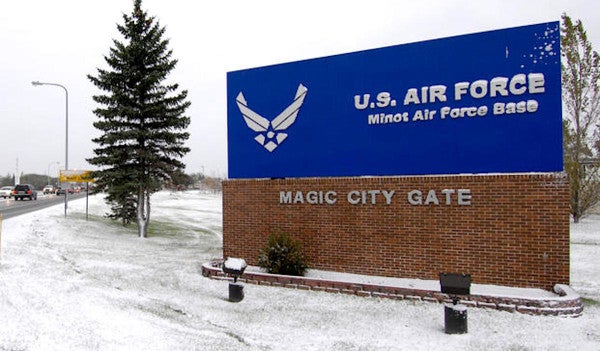 The Air Force is investigating reports that an airman consumed marijuana while assigned to one of the highly-sensitive missile alert facility (MAF) responsible for overseeing Minuteman III intercontinental ballistic missiles at Minot Air Force Base in North Dakota.

But while the Air Force amn/nco/snco post alleged that an AFOSI investigation revealed “a rolled joint found in one of the interior couch cushions” of the MAF, Cushing told Task & Purpose that “there is no indication that any illegal substances were found below ground near any missile operator.”

This isn't the first instance of airman allegedly mixing mind-altering substances with their duties at the nation's Minuteman ICBM facilities: In May, two airmen were administratively punished for drinking at the missile alert facility for 150 nuclear Minuteman missiles at F.E. Warren Air Force Base in Wyoming,

Cushing declined to provide additional information regarding whether any airmen had been administratively punished over the alleged Minot incident.

“We take this matter seriously and will investigate this fully,” he said. “No further information will be provided until the investigation concludes.”