"A man said he was going to f— up my kids and I had to go over there." 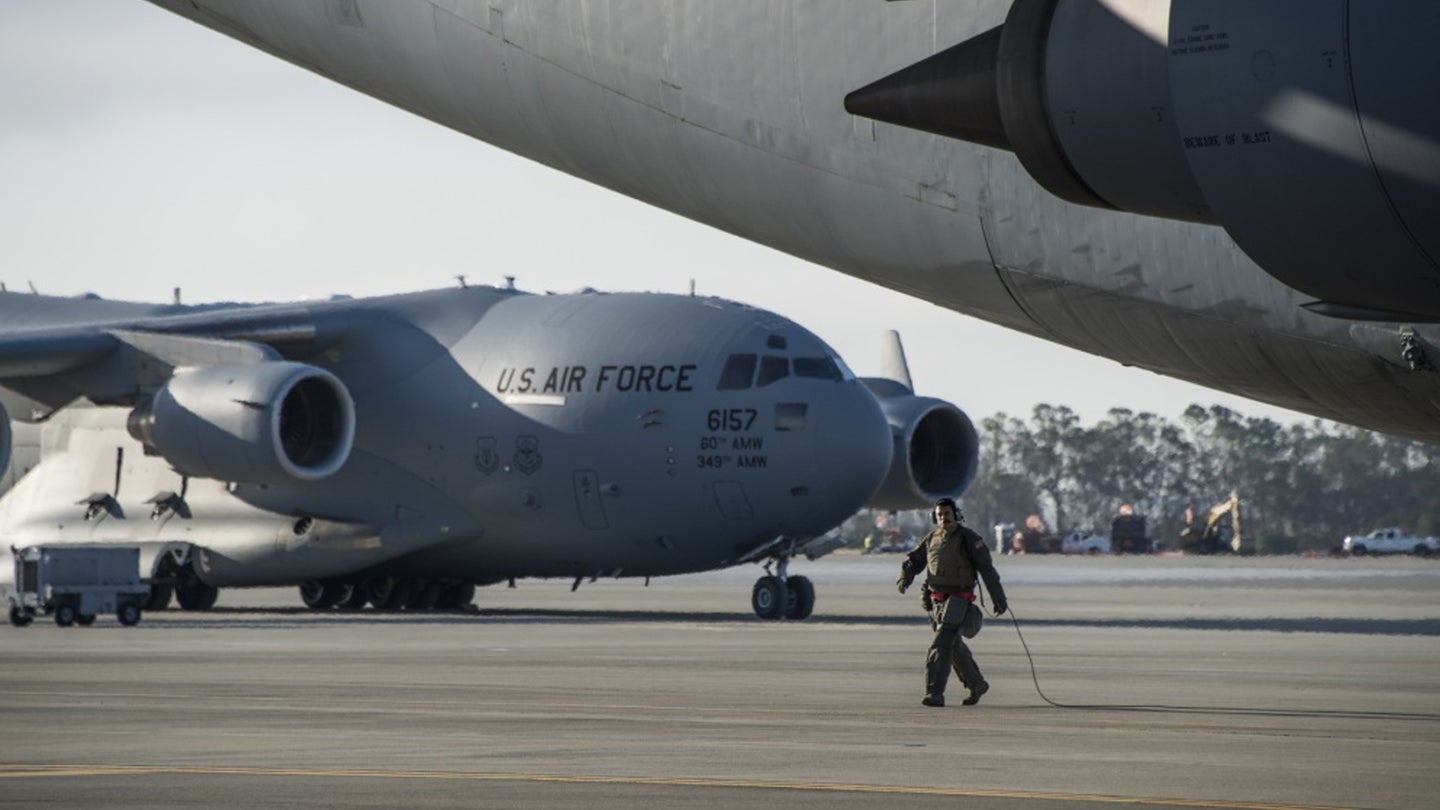 The Air Force Office of Special Investigations is investigating an airman who was caught on camera allegedly threatening a group of children and brandishing a gun at their father last week in base housing at Travis Air Force Base, California.

In a video posted to the popular Facebook page Air Force amn/nco/snco on Wednesday, two men yell at each other from across a fence. The man closer to the camera asks why the man on the other side of the fence has pulled a gun. Meanwhile, the other man yells that he has the right to defend his property from kids throwing bricks at his house. At the same time, the camera person pleads for the closer man to stand down since his kids are watching. The camera person says she sees a gun, though the footage is too grainy to make one out.

Travis officials said they could not comment on an ongoing OSI investigation, but base leadership is aware of the incident, which took place the night of December 21, according to Tonya Racasner, the deputy chief of public affairs for the Travis-based 60th Air Mobility Wing.

Rocasner said the airman involved is still present and reporting for duty at this time. He is unarmed in his routine duties, she explained. They could not comment on any information regarding an alleged weapon, since that is considered an investigative detail.

“The Air Force, to include our leadership here at Travis AFB, takes the safety and security of our Airmen and families as well as any allegations of misconduct by any Airman very seriously,” Rocasner said.

In an interview with local news channel FOX40, the closer man, Kameron, said his children were playing behind a man’s home, separated by a fence, when the man threatened them.

“He came out of the house; he had a gun,” the 30-year-old father of four told FOX40. “He held it up in the air with his right hand and he cocked it while it was in the air, and he pointed over the fence at my face.”

Kamerson told FOX40 the group of eight kids, ages 5 and 11, including three of his own, were playing catch with pine cones when one hit the man’s fence.

“You got eight kids behind your house, I’m sure they were being obnoxious. But I wasn’t there. And all I know is a man said he was going to f— up my kids and I had to go over there because the kids were still there,” he said.

Another parent called the police and Kameron credits the sound of the sirens with deescalating the situation, FOX 40 reported. Still, he feared what the man might be capable of.

“[The police] response was, ‘Well, we took his weapon.’ Well if he’s going to threaten kids and then pull out a gun on the adult, how is his mind working right now? And how is that safe?” Kameron asked, according to FOX40.