U.S. troops are allowed to carry personal weapons for their protection on stateside military facilities, but the Defense Department has... 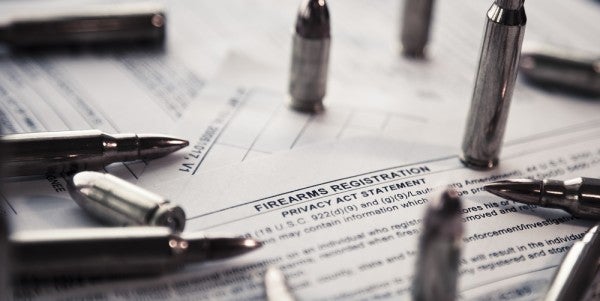 U.S. troops are allowed to carry personal weapons for their protection on stateside military facilities, but the Defense Department has no idea how many service members are actually packing.

The issue of whether service members should be allowed to bring their personal weapons onto military bases came up during President Trump’s Feb. 23 speech to the Conservative Political Action Conference, in which he cited the July 2015 attacks in Chattanooga, Tennessee, that killed four Marines and a sailor as a reason why more troops should be armed.

“We’re going to look at that whole military base gun-free zone,” Trump said. “If we can’t have our military holding guns, it’s pretty bad. We had a number of instances on military bases. You know that. So we want to protect our military.”

So far, the Defense Department has not been told to make any changes to its policy that allows troops to carry concealed weapons if they meet all federal, state, and local laws and other eligibility requirements, said Army Lt. Col. Jamie Davis, a Pentagon spokesman. The policy does not apply to troops overseas.

When that policy went into effect in November 2016, it clarified how commanders at individual military installations can allow their troops to carry privately owned firearms – whether concealed or open carry – for self-protection, Davis told Task & Purpose.

Those commanders are not required to tell the Pentagon which of their troops have permission to bring personal weapons on base, said Davis, who is not aware of any plans to create a federal database of personnel who carry privately owned weapons on military facilities.

“Since it’s done at the local level, it’s not being tracked by DoD,” Davis said. “The local installations keep track of that.”

Having the Defense Department keep track of how many troops carry their personal weapons on bases for protection would require the Pentagon to compile information from local commanders and verify its accuracy, he said.

Davis also emphasized that commanders do not give troops permission to carry their privately owned firearms on base indefinitely.

“Written permission will be valid for 90 days or as long as the DoD Component deems appropriate and will include information necessary to facilitate the carrying of the firearm on DoD property consistent with safety and security,” the policy says.

So while President Trump wants to ensure all service members can protect themselves from terrorists, it appears that no one in the Pentagon will know for the foreseeable future how many troops have applied for and been granted permission to bring their guns to work.