One year into the Trump administration, what are the most complex challenges facing the U.S. military? This is the second... 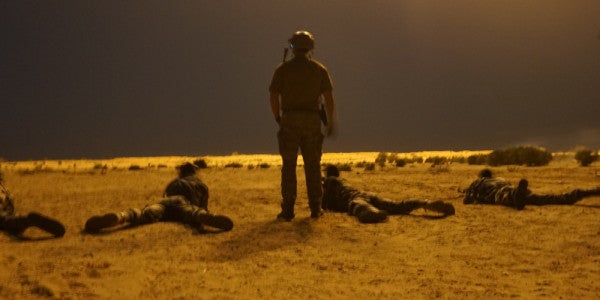 One year into the Trump administration, what are the most complex challenges facing the U.S. military? This is the second installment of THREAT WEEK, our brief series spotlighting some of the Pentagon’s biggest obstacles ahead of President Donald Trump’s first State of the Union address.

Terrorism on the African continent is burning a hole in the public consciousness after the deaths of four U.S. soldiers in Niger on Oct. 4 during an ambush on the Mali border. While the Department of Defense currently has 6,000 U.S. military personnel deployed across 53 countries — not counting special operations forces — the Pentagon’s involvement in regional counterterrorism operations is already set to increase this year amid a growing emphasis on “advise-and-assist” missions abroad.

And with good reason: It appears that Africa will almost certainly become the next major front in the Global War on Terror. According to Congressional Research Service Africa analyst Lauren Ploch, the return of foreign fighters from Iraq and Syria to their home countries in Africa will pose a huge problem for DoD. Tunisia has the highest recorded number of foreign fighters who have traveled to Iraq and Syria ever; Libya’s weak borders and milieu of non-state armed actors make it an appealing safe haven for ISIS escapees; in the Lake Chad Basin, Boko Haram has split into two factions aligned with ISIS and al Qaeda, respectively; Somalia remains fertile ground for al Shabaab terror recruits; even Egypt may reach the limit of its security capabilities in responding to cascading regional threats.

The threats posed by non-ISIS aligned groups “shouldn’t be underestimated,” Ploch told Task & Purpose. “Al Shabaab carried out its deadliest attack ever last year, killing over 500 people in a massive truck bomb. Boko Haram’s death toll was devastating before it aligned itself with ISIS. Al Qaeda-linked groups in the Sahel will continue to pose a threat to American citizens in the region, and al Shabaab could again seek to expand attacks on Western targets beyond Somalia.”

Part of the challenge for the U.S. military stems from Africa’s complex regional politics and their geopolitical ramifications. U.S. involvement in the Saudi military intervention in Yemen has plunged the Pentagon into two distinct engagements: one in support of the Saudis, and one against al Qaeda and ISIS. These tensions are most pronounced not in the Lake Chad Basin, according to Ploch, but the Horn of Africa and countries bordering the Red Sea that are subject to the overlapping geopolitical rivalries the Trump administration detailed in its National Defense Strategy.

“Often lost in the coverage of the dispute between the Gulf countries and Qatar is how that competition is playing out beyond the Middle East, particularly just across the Red Sea in the Horn,” Ploch told Task & Purpose. “Waterfront property in the African countries along the Red Sea seems to be an increasingly hot commodity: The U.S. and France have had military facilities in Djibouti for over a decade, but the country is getting increasingly crowded. China just opened a base and Saudi Arabia is in talks for one.”

Related: 3 Months After The Ambush In Niger, Does Trump Even Have An Africa Strategy? »

The biggest obstacle facing the U.S. military, however, is partially internal: Africa remains “an operational nightmare,” Laura Seay, a Colby College professor and long-time Africa expert, told Task & Purpose. “Fragile states, governments not in control of their territory … People can set up camp and do whatever they want. Nothing will change in Libya or Somalia or parts of the Sahel like Mali or Niger … There’s no appetite for that.”

These operational challenges have been evident in the botched responses to 2011 U.S. embassy attack in Benghazi, Libya, and the Niger raid, but the Trump administration doesn’t seem interested in learning from these tragedies: Several key Africa positions remain vacant at both the departments of Defense and State, an especially significant obstacle for the unusually structure U.S. Africa Command that’s as much an organ of State as it is DoD. With minimal administration attention focused on the continent, the biggest challenge for AFRICOM “may depend on what the administration asks of it,” as Ploch put it.

“The ‘tyranny of distance’ is likely to remain one of AFRICOM’s biggest challenges, most importantly for crisis response, and logistical challenges and partner capacity constraints will certainly continue to limit what the command can do,” Ploch told Task & Purpose. “In terms of AFRICOM’s ‘bread and butter’ activities — namely security cooperation — it is still somewhat unclear how DoD and the [Trump] administration will prioritize limited resources; AFRICOM’s security cooperation spending was down in 2017 from the previous few years.”

Seay had a blunter assessment: These training missions “are five guys deploying to a country they've never heard of and trying to professionalize military justice, or even just get troops to walk in a straight line,” she told Task & Purpose. “[AFRICOM] was given an impossible task and no money to do it, and they have to deal with lots of people who like to operate without oversight and take advantage of this. It is not their fault.”

The one thing everyone’s missing: Sub-Saharan Africa has been a test bed for the “train-and-advise” missions the DoD is embracing in Afghanistan with the establishment and upcoming deployment of the 1st Security Force Assistance Brigade. But the increased political focus on mission creep across the continent in the aftermath of the Niger raid may have long-term impact on the efficacy ventures.

“AFRICOM has learned some lessons over the past decade, and one of those, demonstrated by the increase in ‘advise-and-assist’ missions, is that ‘training and equipping’ — or more often ‘equipping and training’ — isn’t enough,” Ploch told Task & Purpose. “There may be a greater push to ensure that AFRICOM has what it needs to continue, and possibly expand, those tasks.”

CORRECTION: A previous version of this story misquoted Seay's assessment of past U.S. military involvement in the Democratic Republic of the Congo. The quote has since been excised. We regret the error. (1/24/2018; 11:06 am)