U.S. military members often say “we own the night” due to their use of night vision devices, but the maxim... 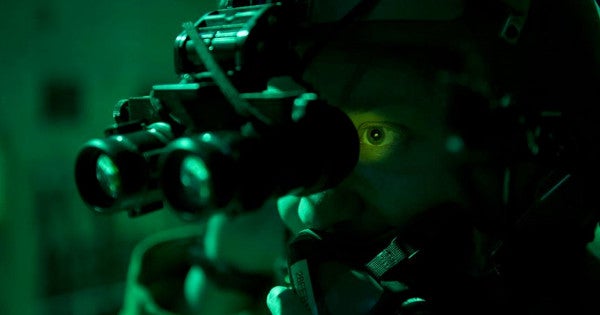 U.S. military members often say “we own the night” due to their use of night vision devices, but the maxim no longer holds true.

That's because the Taliban has picked up much of that same tech, either by seizing it from slain Afghan troops or by acquiring it up on the black market. And while the Pentagon is well aware of the problem, officials don't have a good way to counter it.

Taliban fighters, many now outfitted with night vision goggles and infrared lasers, have more than doubled nighttime attacks on Afghan and U.S. troops between 2014 and 2017, according to a new report from The New York Times.

This has presented U.S. military officials with quite the conundrum: Do we give more night vision to our Afghan allies to protect themselves, even if that gear has a good chance of ending up in Taliban hands?

It's a serious problem. While the U.S. has mostly outfitted only Afghan special operations forces with the devices, it began to equip some conventional units with older night vision devices beginning in 2016, the Times reported, citing Pentagon documents.

The Pentagon sent 210 night vision devices to the Afghan National Army 215th Corps in Helmand Province, for example, but only 161 of them were returned. While the 215th Corps attributed the discrepancy to “battle losses,” according to the Times, it's also quite common for Afghan troops themselves to dump their own gear on the black market to make a quick buck.

“Free reminder: almost every item issued to Afghan soldiers ends up in Taliban hands,” C.J. Chivers, a Times journalist and Marine vet, wrote on Twitter. “If U.S. opts for wide issue of night-vision equipment, within months the Taliban will have even more.”

There are also some reports out of some night vision devices being Russian-made, though Moscow denies it's been helping the Taliban.

Personally, I think we can probably solve this problem by just giving Afghan troops all the night vision, drone aircraft, tanks, weapons, and intelligence the U.S. has to offer. Since they are just about to turn the corner and take this one home for the big win, we might as well hook them up.

Or we can get the hell out of there. Whichever.