In mid-November, a group of elite Taliban commandos outfitted with U.S-made assault weapons and night-vision goggles wiped out dozens of... 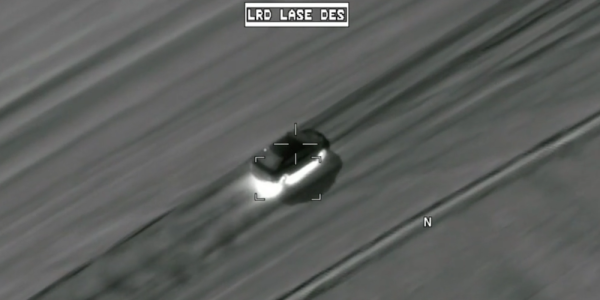 In mid-November, a group of elite Taliban commandos outfitted with U.S-made assault weapons and night-vision goggles wiped out dozens of Afghan security forces in a series of brazen raids across southern and western Afghanistan. The tactics and gear utilized by the so-called Red Unit sent a wave of anxiety through U.S. and Afghan defense officials already struggling to beat back the rising tide of a Taliban resurgence since the official end of NATO combat operations in 2014.

But two weeks after the Red Unit cut a bloody swath through the Afghan countryside, the Pentagon hit back with a clear message: We own the night — and you’re just renting. Officials with the National Directorate of Security, the government of Afghanistan’s chief intelligence agency, told Reuters on Dec. 3 that Afghan security forces had successfully killed Red Unit commander Mullah Shah Wali during a joint U.S.-Afghan Dec. 1 air operation in Helmand province.

While U.S. officials with Resolute Support confirmed Wali’s death a few days later on Dec. 5, the statement came with an unusual addition: a brief clip of the kinetic strike on Wali’s car:

“This operation is a testament to the real growth the Afghan forces have achieved over the past year,” said Army Gen. John Nicholson Jr., the commander of U.S. forces in Afghanistan, said in a statement. “It is also another example of the lethality of the undefeated Afghan Special Forces and the success of working side by side with our Afghan partners.”

The death of Wali and his lieutenants may temporarily disrupt Taliban operations in Helmand, a major Taliban stronghold and nexus of the opium and heroin trade that helps finance militant operations. As NATO Special Operations Component Command-Afghanistan said in a statement, the Red Unit is also responsible “for coordinating operations and supply of munitions, explosives, and materials for the Taliban” there.

Members of a combined Afghan-coalition security force prepare to enter a compound in Kandahar province, Afghanistan, Oct. 25, 2010Photo via DoD

But despite coalition and Afghan forces’ rush to tout a critical blow to the Taliban, Wali’s death won’t signal an end to the devastating nighttime raids that have demoralized Afghan security forces in recent months. In April, a series of propaganda videos captured Taliban fighters marching in formation outfitted with AN/PVS 7b night-vision goggles; the following July, another propaganda video showed fighters wielding M16 rifles and at least one 7.62mm FN Special Operations Forces Combat Assault Rifle (SCAR) decked out with enhanced optics and night-vision-enabled accessories. The highly trained commandos of the Red Unit are more lethal than the standard cannon fodder, but night-vision capabilities are becoming quickly ubiquitous throughout the Taliban ranks.

This problem won't disappear overnight. As Adam Raymond reported for Task & Purpose in July, the Pentagon has ignored the Taliban’s emerging night-vision capabilities for years: During the grueling middle years of the Global War on Terror, U.S.-led forces barely ever encountered militants who exhibited extensive combat training with night-vision devices, “nor did they fully grasp how much the U.S.’s night vision capability had improved, leaving them unaware that they were just as visible in the darkness as they were in daytime.”

The Pentagon may have neutralized an elite force within the Taliban’s ranks, but for every Red Unit commando that falls, two more will rise to take its place just as militants have for the last 16 years.