'No U.S. or coalition forces were hurt during a brief exchange of gunfire.' 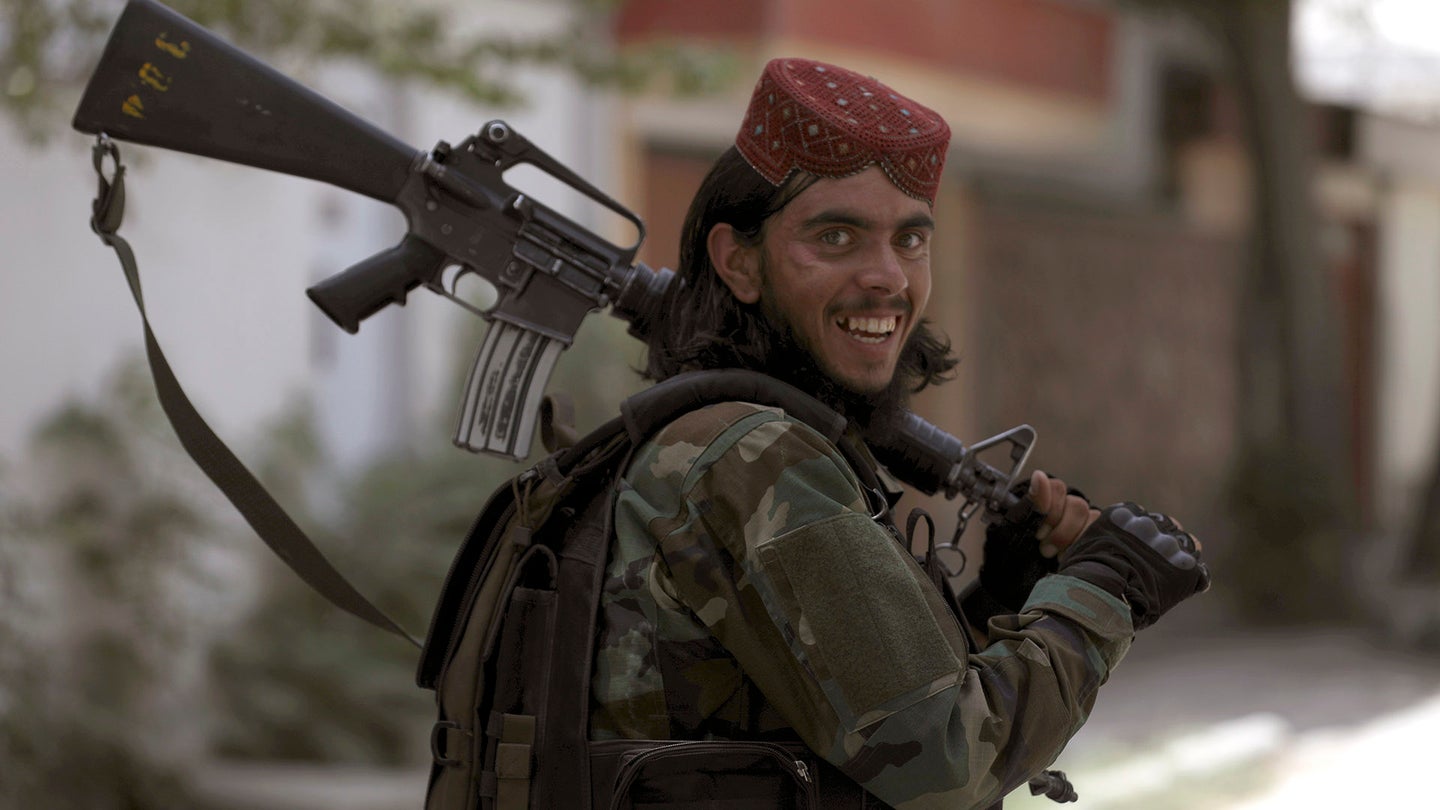 U.S. troops at Kabul’s international airport were involved in a firefight on Monday between Afghan troops and an unknown gunman, said Navy Capt. William Urban, a spokesman for U.S. Central Command.

“No U.S. or coalition forces were hurt during a brief exchange of gunfire last night outside the north gate of Hamid Karzai International Airport,” Urban said in a statement. “The incident appeared to begin when an unknown hostile actor fired upon Afghan security forces involved in monitoring access to the gate. The Afghans returned fire, and in keeping with their right of self-defense, so too did U.S. and coalition troops.”

One Afghan soldier was killed and several others were wounded, Urban said. The wounded Afghan troops are being treated at an airfield hospital and are listed in stable condition. “Our condolences go out to the teammates and loved ones of the fallen Afghan soldier,” Urban said.

Pentagon spokesman John Kirby told reporters at a Monday news briefing that he did not have any information about whether the gunman had been killed.

When asked if the gunman was a member of the Taliban, Kirby replied: “We cannot rule out who the hostile actor was in this shooting incident last night. As you saw, Central Command’s statement referred to it as a hostile actor. We don’t know more than that.”

Few other details about what happened were immediately available. The incident took place at 4:13 a.m. at the airport’s north gate and American and German troops took part in the battle with “unknown attackers,” the German military tweeted on Monday. The German military also tweeted that three Afghan soldiers were wounded in the firefight.

The burst of violence comes as thousands of Americans and Afghans continue to await evacuation flights and the U.S. government’s efforts to save them are scheduled to end in little more than a week.

Overall, roughly 42,000 people have been evacuated since the end of July, including about 37,000 since the noncombatant evacuation operation began Aug. 14, Army Maj. Gen. William Taylor, deputy director for regional operations and force management for the Joint Chiefs of Staff, said at Monday’s news briefing.

So far, “several thousand” Americans have been evacuated since Aug. 14, said Kirby, who declined to elaborate further.

But while President Joe Biden has left the door open for the mission to last into September, the Taliban are making clear that they oppose any extension of evacuation efforts.

Taliban spokesman Dr. Suhail Shaheen said the United States would not be allowed to continue its evacuation of American citizens and Afghans who have worked for the U.S. government beyond Aug. 31.

President Joe Biden recently told ABC News’ George Stephanopoulos that if Americans still need to be evacuated from Kabul after Aug. 31, “We’re gonna stay to get them all out.”

But Shaheen told Britain’s Sky News that Aug. 31 is “a red line.”

“If the U.S. or U.K. were to seek additional time to continue evacuations — the answer is no,” Shaheen said in an interview with Sky News. “Or there would be consequences.”

“It will create mistrust between us,” he added. “If they are intent on continuing the occupation it will provoke a reaction.”

On Monday, Kirby declined to say whether the Taliban have told the U.S. government that the evacuation must be completed by the end of the month.

“We’ve seen the public statements by the Taliban spokesman about their views of the 31st of August,” Kirby said. “I think we all understand that view.”

He also restated that the U.S. military goal is to rescue as many people as possible by the end of the month, and if Defense Secretary Lloyd Austin believes the mission needs to last longer than that, he will talk to President Joe Biden about possibly extending the deadline. “But we’re just not at that point right now,” Kirby said.