For Marines like Jeremy Parker, the loss of key towns like Musa Qala to the Taliban in Afghanistan’s Helmand Province... 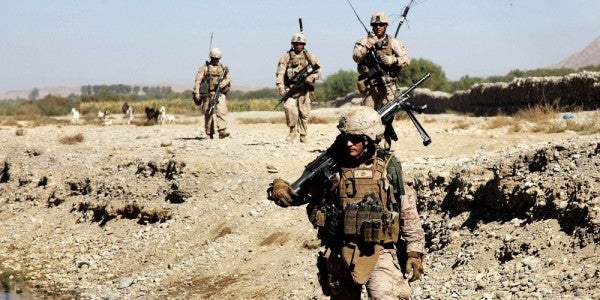 For Marines like Jeremy Parker, the loss of key towns like Musa Qala to the Taliban in Afghanistan’s Helmand Province is disheartening news. Parker served with 1st Battalion, 2nd Marines, when his unit pushed into Musa Qala in March 2010.

“I just think it’s a huge let down, to all the guys who fought and suffered through taking and holding it, and especially to all those who were injured or [Killed in Action],” said Parker, whose battalion lost 13 Marines taking during the push to take portions of the town. “Kind of make you feel like it was all for nothing.”

On Aug. 27, Afghan National Security Forces and the Taliban began fighting for control of Musa Qala. Earlier this month, the Taliban took the town of Now Zad, a mountainous cluster of villages west of Musa Qala.