Veteran Amputee Berated For Parking In A Handicap Spot

On July 17, Marine Corps veteran Brandon Rumbaugh and his girlfriend pulled into a local GetGo convenience store in Elizabeth,... 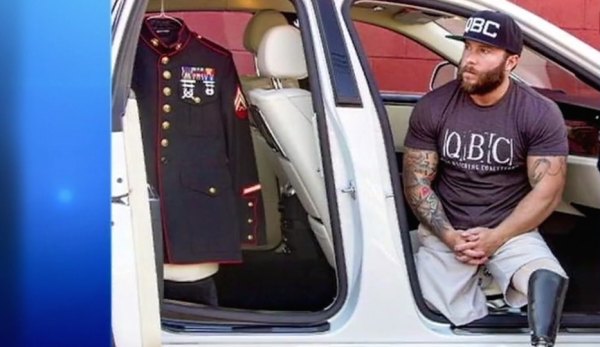 On July 17, Marine Corps veteran Brandon Rumbaugh and his girlfriend pulled into a local GetGo convenience store in Elizabeth, Pennsylvania.

Rumbaugh lost both legs in 2009 when he stepped on an improvised explosive device while attempting to rescue a wounded member of his platoon in Afghanistan. Most people would likely agree that his decision to park in a handicap spot was justified.

Rumbaugh told WPXI News that the employee asked, “Why are you so upset? I'm not the reason you lost your legs. I didn't shoot them off.”

Rumbaugh told WPXI that he was stunned by the remark and asked the employee to repeat what she said. And she did.

After the exchange, Rumbaugh went home and posted the story on his Facebook.

According to WPXI, when reached for comment, the employee didn’t deny what she had said, but she did defend her actions, suggesting that Rumbaugh was “belligerent.” As a result, Giant Eagle, GetGo’s parent company, fired the employee and issued this apology:

“At Giant Eagle, Inc., having respect for others is essential to how we serve our communities, and is a belief we insist each Team Member hold in the highest regard. The recent comments made by a former Elizabeth GetGo Team Member were completely inappropriate and entirely unacceptable, resulting in the Team Member's termination. We once again extend our sincere apologies to Mr. Rumbaugh for his unfortunate experience.”

See the WPXI News coverage below.