A Navy SEAL Responds To The Terrorist Attack In France

Today is a solemn day across the globe. To spectators of our world's reality show, there seems to be no... 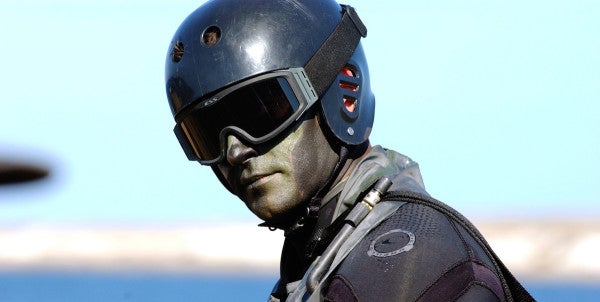 Today is a solemn day across the globe. To spectators of our world's reality show, there seems to be no end in sight — and unfortunately that is correct. Yet there are some very clear things that we need to actually do, and not just whine about it on social media.

Let's keep it plain and simple and straight to the point. Terrorism isn't going away in our lifetime. There are evil people out there who just want to hurt us. Yes, that means they want to kill you, your family, your children, and even your cute little old granny. This is a fact. Get used to it.

I've seen these people in person. I've been a part of missions that eliminated hundreds of them, while risking our own lives to protect innocent bystanders. You should see the blind hate in their eyes — it pulses through their body, impacts their judgment, and hurts the people that even they love. They want nothing but blood. Fortunately the ones I've “met” got no blood on their last day but their own.

So what do we do in the face of such persistent evil? To me the answer is clear: We must win. This is how we can win.

Stick together at all costs.

This means nations, political parties, opponents, conservatives, liberals, Christians, Muslims, Jews, Hindus, and on. Only with a resilient shell binding us can we beat terrorists at the end of the day. We should stop spinning our wheels on disagreements and differences and focus instead on common ground. Eliminating terrorists is common ground.

Related: A Navy SEAL Shares His Approach To Talking To His Kids About Terrorism »

Reject efforts seeking to create divisions or isolate us.

Things like Brexit, building walls, and Donald Trump are somehow in fashion, but they are dangerous steps in the wrong direction. They focus on legitimate complaints but offer terrible solutions, primarily because they involve drawing lines between us. Isolation has never worked, ever. Hunkering down doesn't work against terrorists who are willing to die. No matter how high the wall is or how much we disengage, they will keep on coming, taking dozens with them each time.

Hunt these guys down.

This does not just mean the United States, but a coordinated global effort to eliminate terrorist safe havens. And I don't mean a few military advisors here or there, I mean a global force and thorough strategy to take these guys out. It will be a mix of hard and soft power, air strikes and shuras, direct-action raids and training, with both classic and innovative intelligence gathering methods to feed the effort.

Build up in the aftermath.

We will fail at the end of the day unless there is a concerted and detailed plan to rebuild nations and problem areas, like the Marshall Plan did 70 years ago. This cannot just come from the United States, but must include many others too. This means education, better security, and economic inputs. It will require not just governments and NGOs but also companies to step up and serve something greater than themselves. Think about that — our companies must be part of this effort too.

Say what you want about the Iraq War.

There were a lot of mistakes. One thing that is undeniable is that it was a magnet for attracting terrorists. This meant they came to Iraq to fight rather than focusing their attention in Paris, Nice, San Bernardino, etc. I personally would prefer that they try to attack troops abroad who are prepared for a fight rather than innocent civilians at home who are not. Now that our footprint in Iraq is basically gone, the magnet is gone and they attack us at home.

This is where we should be focused. Acting on multiple fronts with a thorough plan is not that hard, but for the need for everyone to act and act together. That's the hardest part of all.

Despite all the raucous dialogue surrounding the 2016 election, no one is suggesting a comprehensive and unified approach. We can and must do much better. As a former soldier and White House staffer, I know it can be done. As a parent, I want my sons to grow up knowing that we all faced down a difficult moment and did the right thing.