Blaming Islam For Paris Attacks Is Both Immoral and Bad Strategy 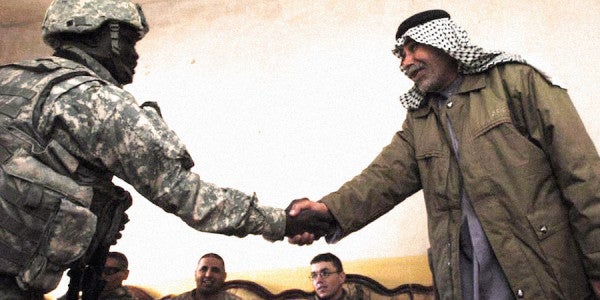 On Nov. 13, three separate attacks in Paris shocked us. Without a doubt, the attacks in Paris were hideous. The perpetrators, planners, and supporters of these acts deserve nothing less than death. Following the attacks social media erupted with sympathy for the victims, but also vitriol and rage. Much outrage was, and continues, to be directed at the Islamic faith as a whole and specifically at the Syrian refugee population. These angry sentiments are counterproductive to an effective response. Anger is understandable, but not toward an entire religion or refugee population.

Reactions to the violence in Paris include wide-ranging calls for action. Some were responsible and prudent, like supporting France, military responses, and continued targeting of Islamic extremist groups. Yet, others were broadly hostile, describing the religion of Islam itself as the cause of violence. Many suggested that the attacks are a clear consequence of an “invasion of Syrian immigrants.” While authorities believe one terrorist posed as a refugee, five more were identified as French nationals. Still, anti-refugee hysteria continues to grow. In the United States, at least 27 state governors have declared they will refuse to accept Syrian refugees, a claim which is likely unenforceable.

Vitriol and demagoguery are useless expressions and run counter to good policy and strategy. I understand these reactions are seductive. From 2006 to 2008, I served as an infantry platoon leader in Baghdad with Alpha Company, 1-5 CAV. During the outbreak of sectarian violence, our sector of Baghdad became one of the few remaining Sunni strongholds in the capital. It was ugly and violent. Al Qaeda operated in our area and we endured significant casualties. Yet, on the May 19, 2007, everything changed. A deep buried improvised explosive device struck one of our patrols killing six soldiers and an interpreter. In the aftermath of this attack the local population braced for a harsh reaction. Instead the battalion leadership, then Lt. Col. Dale Kuehl, Maj. Chris Rogers, and Maj. Chip Daniels demonstrated incredible leadership, restraint, wisdom, and willpower.

A local leader contacted my command and offered to pursue al Qaeda. The command negotiated and reached an agreement that led to the establishment of a local security force and eventually the “Sons of Iraq” in Baghdad. Our battalion began executing “joint” patrols with members of the local security force by the end of May. Our operations were so effective that al Qaeda was forced to import fighters. By the end of July, they could no longer operate in our sector. From then, until we left in January 2008, our battalion was not the target of a single attack. Local businesses and schools reopened. Our sector had changed so drastically that I ate chicken in a crowd of Iraqis walking on a street that was too dangerous to drive a tank through several months before.

First, by refusing to respond rashly to al Qaeda’s provocations, my command team avoided making enemies of the locals. This decision created space for people who had tacitly allowed to group to operate, to become our allies. Our unit refused to adopt an “us vs. them” attitude toward the local Iraqi people. Again, this undercut the Islamic extremist propaganda. My battalion even held a joint memorial ceremony with the Iraqi public at the location where the May 19IED attack took place, a symbolic gesture, but one that repudiated insurgent messaging efforts. Finally with assistance from the local security forces, we were able to focus our counterinsurgency efforts on the small minority of active insurgents. These efforts led to better intelligence, better operations, and elimination of the enemy’s ability to operate.

We should consider this example following the attacks in Paris. Those who choose to declare the religion of Islam and the Syrian refugees as enemies are wrong morally, but also strategically. First, proclaiming an entire group as the enemy casts too wide of net. It makes opponents of people who might have otherwise have been friends and allies. Second, it serves the purpose of violent Islamic groups like al Qaeda and the so-called Islamic State. These groups frame the relationship between the West and Islam as a battle for survival. Failing to distinguish between members of the Islamic faith and violent Islamic extremists validates this propaganda. An outpouring of anti-Islamic and anti-refugee sentiment is a gift for Islamic extremist recruitment. Third, too broadly classifying enemies creates difficulty in directing anti-terrorism efforts. When an entire group is designated suspect, counterterrorism operations risk being overwhelmed and thus overlooking credible threats; and while narrow counterterrorism efforts risk overlooking threats, their subsequent results tend to be more accurate. This allows of intelligent expansion of effort as targeting develops.

Terrorism is a global problem. In the 48 hours prior to the attack in Paris, there had been attacks in Kabul, Baghdad, and Beirut. As my friend and colleague Lemar Farhad expressed recently on Facebook: “The Paris attacks are not unbelievable, in fact very believable… the people of Iraq, Syria, and Afghanistan have experienced many days like this bloody Friday in Paris.”

This does not trivialize the events in France, but it demonstrates that the West has a common ally against Islamic extremists: Muslims. We must direct our attention toward those actually responsible for the attacks, extremists, and embrace the Islamic community and overcome the stigma surrounding it. Doing so helps us find allies and creative solutions to the complex problem of terrorism. When frenzied social media spews indirect anger at the Islamic community, it is helping Islamic extremism. Instead we should push back on those who claim we are in struggle with Islam itself. Finally, we should consider that the public’s voice informs the decisions of policymakers. Loud calls for indiscriminate action often become bad policy, which obscures and frustrates counterterrorism efforts. Instead we must encourage our leaders to embrace those who flee from oppression, because embracing the enemy of our enemy, those seeking freedom from tyranny and death, is both moral, and from a strategic viewpoint, pragmatic.