How To Embrace The Suck Of Military Divorce

Divorce — also known as the dissolution of a marriage — is never easy. But in the military, more so... 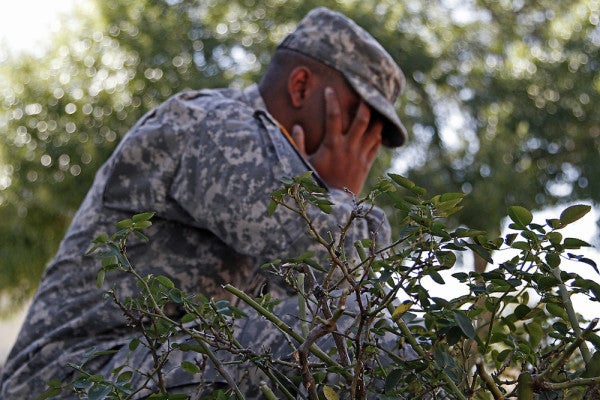 Divorce — also known as the dissolution of a marriage — is never easy. But in the military, more so than in civilian world, it can feel utterly impossible.

Between dividing benefits, relocation issues, and custody complications, the ramifications of military divorce are seemingly endless.

To help wade through the trying ordeal that divorce so often becomes, Task & Purpose sat down with Matthew Randle, an Arizona family lawyer and Army veteran.

Don’t go it alone. Hire a lawyer to help.

Trying to understand all the legal ramifications of divorce is complicated. With a military divorce, the difficulty is often exacerbated by the intense combination of state and federal laws. Despite the cost, Randle says it is worth it, if not necessary, to have someone who is well-versed in the law to advocate on your behalf.

He adds, “It’s obviously a substantial expense up front … you have to look at like an investment in your future.”

The money, benefits, and custody you could lose without proper advice is not worth the risk of not hiring an attorney.

“You want to make sure you get it right the first time. Do your homework,” Randle says.

Related: How Military Divorce Rates Have Changed Over The Last Decade »

Get organized — it helps save time and aggravation.

“Get all your paperwork,” Randle advises. It really makes things goes smoother if you have your taxes, if you own a home, know what the remainder is, what the mortgage is.”

Divvying up benefits and assets is a lengthy process. Being organized and having record of everything you share can speed the painful process along without adding more strain.

But it’s more than just maintaining your records, he adds. One mistake people make is not recognizing that every action they do when getting divorced can play a role in the outcome.

Above all, take care of yourself.

Randle’s final piece of advice comes as a precautionary measure about the lengthy and bitter process that is divorce.

Everything both partners do is under scrutiny, by each other and by lawyers. Essentially, you may be living under a microscope for several months.

“The advice I give is remember that you can’t undo any of the things you have done or said in the past,” he adds. “The reality is, your actions are liable to come up in a court.”

Randle says that often divorce brings out the worst in people, and that letting it get the best of you can cost you in proceedings.

DISCLAIMER: The treatment of military and veterans benefits in divorce is a complicated issue, which is governed by federal and state laws. The information contained in this article does not constitute legal advice and cannot replace personalized advice from a divorce attorney. If you have questions about military disability pay and divorce, you should contact a family law attorney with experience in military divorces.