A U.S. Supreme Court decision handed down on May 15 may have serious implications for former spouses of veterans, despite... 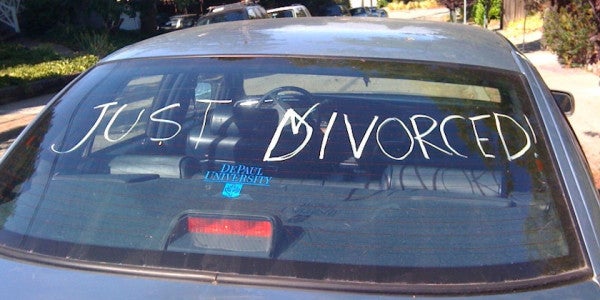 A U.S. Supreme Court decision handed down on May 15 may have serious implications for former spouses of veterans, despite providing clarity regarding disability pay from the Department of Veterans Affairs. In a unanimous decision, the Supreme Court sided in favor of a veteran who believed he did not owe his ex-wife 20% of that pay, and ruled that state courts cannot order veterans to pay divorced spouses for the loss of his or her retirement pay caused by service-related disability benefits.

The ruling on Howell v. Howell — a case in which former Airman John Howell hoped to prove he did not have to consider his disability pay as part of divisible assets in divorce — clarifies that disability pay is not divisible as community property.

“We’re pleased with the Supreme Court’s ruling in this case,” said VFW National Commander Brian Duffy in a statement. “This will, hopefully, provide some much needed consistency across the country and ensure some certainty for veterans.”

In 1991, John and his wife Sandra got divorced. During the proceedings, the Arizona Superior Court granted Sandra half of John’s military retirement plan funds, which he would begin receiving once he separated. A year later, he retired and the money was split down the middle until 2005, per the terms of the Uniformed Services Former Spouses’ Protection Act — an act that requires military retirement payments to be divided evenly between spouses in a military divorce.

Thirteen years after the payouts began, the Department of Veterans Affairs diagnosed John with a service-connected degenerative joint disease in his shoulder. The condition rendered him 20% disabled, and therefore entitled him to disability benefits. This money is untaxed, but also must be substituted out as a proportion out of his military retirement plan.

Essentially, John gave up $250 of his $1,500 a month in retirement pay so that he could receive the same amount in disability benefits. His decision cost Sandra $125 a month, so she sued him in 2013.

In court, Sandra argued that even if John’s retirement pay had been reduced, she still deserves half of what his retirement pay would have been without the disability benefits. The state courts agreed.

But John brought the case to the Supreme Court, which reversed that ruling, siding with John. The court held that its previous decision in Mansell v. Mansell prevents state courts from considering the waived portion of military retirement pay as a community asset in divorce proceedings.

In Mansell v. Mansell, the Court found that the federal Uniformed Services Former Spouses' Protection Act exempts disability pay as a portion of the retirement pay that a service member waived in order to receive disability benefits from the amount divisible upon divorce.

According to Matthew Randle, a divorce lawyer in Arizona, this ruling could have serious implications for ex-spouses, most affecting those who were married to veterans with 50% disability ratings or less. Through concurrent retirement and disability pay, retirees with a 50% or higher disability rating receive both 100% military retirement pay and VA disability pay. Ex-spouses in those cases will still be compensated at the same rate, while those with veteran ex-spouses with less could see up to half of their alimony taken away under the Supreme Court ruling.

“This is a double-edged sword,” Randle said. “Family courts can and should consider that this could happen and find ways to do offsets in community property division in other places.”

In delivering the ruling, Justice Stephen Breyer mentioned that the federal statute may make life difficult for former military spouses like Sandra, according to SCOTUSblog. However, the Supreme Court does not have the jurisdiction to determine what is owed to a former spouse, that power lies with the state. He added that the lower courts could try to account for the possibility that a veteran may later waive a part of his or her retirement pay for disability benefits or recalculate spousal support based on later changes in circumstances.