No, Not Every Veteran Is Damaged By Their Military Service

Tragedy struck New York City May 18 when a Bronx man barreled his Honda sedan into a crowded sidewalk in... 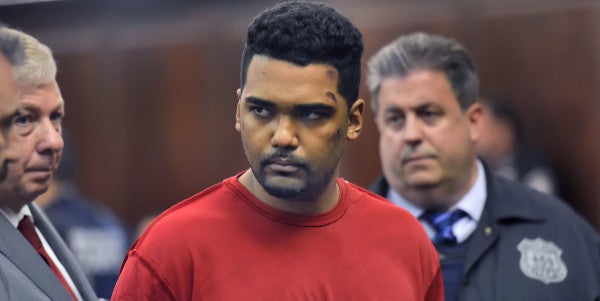 Tragedy struck New York City May 18 when a Bronx man barreled his Honda sedan into a crowded sidewalk in New York’s Times Square, killing Alyssa Elsman, an 18-year-old woman visiting New York from Michigan, and wounding 20 other pedestrians. The man, 26-year-old Richard Rojas, was apprehended at the scene and has been charged with murder and 20 counts of attempted murder.

In the wake of this tragedy, the media was quick to spin a narrative that connects Rojas’ terrible actions with his three years of non-combat service in the U.S. Navy that ended three years ago with a dishonorable discharge.

“Richard Rojas did not speak much about his three years in a Navy uniform,”the New York Times wrote in a profile examining Rojas’ history, “but when he returned to the Bronx from a naval base in Jacksonville, Fla., in 2014, he was a different man.”

Filmmaker Michael Moore tweeted that it was “sad to hear” the perpetrator was a Navy veteran, adding that “our vets from the permanent war need help.”

Sad to hear a Navy veteran mowed down 23 people in Times Square, killing an 18-year old girl. Our vets from the permanent war need help.

That’s the correct sentiment, and I certainly agree that veterans of all wars deserve the treatment they need for all of the wounds of war, visible and otherwise. But there’s nothing to indicate that Rojas was even a veteran of “the permanent war,” a perceived reference to the wars against terrorism and in Iraq and Afghanistan that have gone on for over 15 years. There is also little evidence that his experience in the military played a decisive role in the tragic events of May 18.

We do know that Rojas had a measly, short, and unsuccessful record of military service. Military recordsobtained by Reuters show Rojas was an enlisted electrician's mate fireman apprentice in the U.S. Navy from 2011 until his discharge in 2014. Although the details of his discharge are not public at this time, it is likely that he was dishonorably discharged due to an extensive record of punishments that included two months in a Navy prison in Charleston, South Carolina, a special court martial (the most serious of the three levels of courts-martial), and an arrest in 2012 for assaulting a cab driver and resisting arrest at Naval Station Mayport in Jacksonville, Florida.

But that’s the thing: Rojas joined the Navy in a non-combat job role, and he was never deployed to a conflict.According to the New York Times, he spent about six months aboard a destroyer, the USS Carney, but otherwise lived a short military career of infractions and mediocrity. I’ve never been to Jacksonville, Florida, but I can’t imagine there is anything inherently traumatizing about military service there.

So why did the media not latch on to any other aspect of Rojas’ identity in connecting him to his crime? What is it about Jacksonville, Florida, that would lead anyone to come back “a different man?” What does his military service have to do with any of it?

What we do know is that Rojas has a history of substance abuse and mental-health issues. In the same story on Rojas’ background, the Times opened by saying that although Rojas returned from the Navy “a different man,” his prior self suffered from “mounting aggression and mental health issues that began in childhood.” He reportedly sought neither help nor treatment, “instead burrowing deeper into his paranoia and drinking or smoking marijuana.” Just last week, he had grabbed a notary by the neck and brandished a knife at him, accusing the man of trying to steal his identity. He was twice convicted of driving while under the influence. The most recent instance was in 2015, but the first conviction was in 2008 — a full three years before Rojas joined the military, and notably, when the now 26-year-old would have been just 17 years of age.

“Plenty of civilians need help too,” Paul Rieckhoff, the founder and CEO of Iraq and Afghanistan Veterans of America, saidin an Instagram post reacting to Moore’s tweet “I urge all politicians and media leaders to be careful about perpetuating negative stereotypes right now.”

Rieckhoff strikes the right note here. Many media outlets, not just Moore, have rushed to connect Rojas’ terrible behavior with his military service. Those associations make a terrible suggestion that is harmful to 21 million veterans in the United States, the vast majority of whom are successful and upstanding members of American society. It suggests that there is something inherent in military service that could lead someone to commit a dastardly act like what Rojas did in Times Square. Even if he had been a veteran of combat service, that is simply not true. It is irresponsible and erroneous to make such an assertion about a young man who is so evidently troubled outside from his connection to the military. Reporters and leaders have long needed to step it up and be more responsible on this issue.