Charlottesville Murder Suspect James Alex Fields May Be A Veteran, But He Was Never A Soldier

The Department of Defense Manpower Data Center may list James Alex Fields, Jr., as having served on active duty in... 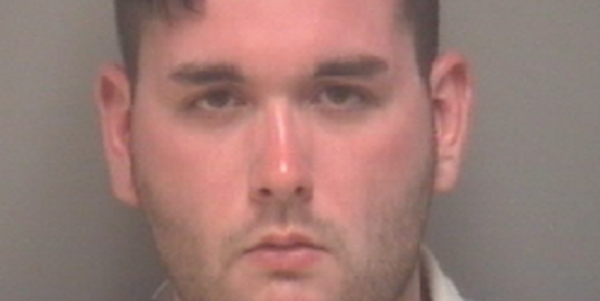 The Department of Defense Manpower Data Center may list James Alex Fields, Jr., as having served on active duty in the U.S. Army, but that sure as hell doesn’t mean he was a soldier.

The 20-year-old Kentucky native was booked and charged on Aug. 12 with one count of second-degree murder and three counts of malicious wounding, among others, after allegedly targeted protesters with his car amid violent clashes between white nationalists and counter-protesters in Charlottesville, VA that day, the Washington Post reports. The attack left one dead and 19 injured, five critically; video shows a 2010 Dodge Challenger, later identified as registered to Fields, accelerating into a crowd of bystanders on a pedestrian mall.

Shortly after the incident, as media outlets rushed to piece together whatever they could on the hit-and-run, Mediaite reported that Fields had served in the Army for less than four months, from August 18th to December 11th, 2015 (a Facebook post from his mother marks his arrival at boot camp).

“The Army can confirm that James Alex Fields reported for basic military training in August of 2015,” Army spokesman Lt. Col. Jennifer Johnson told Task & Purpose in a statement. “He was, however, released from active duty due to a failure to meet training standards in December of 2015. As a result, he was never awarded a military occupational skill nor was he assigned to a unit outside of basic training.”

A mass attacker’s military background can often fuel media stereotypes about violent veterans. Wade Michael Page, who killed four people at a Sikh temple in Wisconsin in 2012, served from 1992 to 1998. Aaron Alexis, who killed 13 people at the Washington Navy Yard in 2013, was an aviation electrician's mate at Naval Air Station Joint Reserve Base Fort Worth from 2007 to 2011. And in 2016, Army veteran Micah Johnson shot and killed five police officers in Dallas, Texas. More than a third of the 43 worst mass killings in the U.S. since 1984 were carried out by military veterans.

But it’s worth noting that this logic doesn’t necessarily apply to the case of Fields. Though Fields may technically qualify as a veteran for lasting more than 90 days in the armed forces, he was barely even a soldier: he never recieved an MOS, never felt loyalty to a unit outside of basic. His Army career is worth exactly nothing.

The Army clearly didn’t make Fields a war machine; according to media reports, was Nazi-obsessed long before he ever set foot in a barracks. A former high school teacher of Fields’ told the Lexington Herald-Leader that the boy, who expressed “radical idea on race” during his time as his student, had “wanted to join the Army, but couldn’t because of his mental health history.”

“He was very infatuated with the Nazis, with Adolf Hitler,” the teacher, Derek Weimer, told the Herald-Leader. “He also had a huge military history, especially with German military history and World War II. But, he was pretty infatuated with that stuff.” (A classmate of Fields’ suggested to the New York Times that his obsession with Nazis stretched back to middle school).

This is, frankly, unsurprising, and it helps knock down the subtle media narrative of the unstable U.S. service member ravaged by PTSD and ready to explode. After all, Wade Michael Page was a white supremacist who targeted Sikhs, a group often mistaken for Muslims; Aaron Alexis had severe mental health issues long before his service, so far that he thought his rifle was speaking to him; and Micah Johnson was a black militant intent on bringing down what he perceived as a racist police state. Like Fields, none of their motivating ideologies were molded by the Pentagon.

But unlike these other psychos, Fields apparently didn’t even make it through basic training; for the last several months, he’s been living with his mother in Ohio, according to the New York Times. He may have had his head shaved on that hot day in August 2015 when he arrived for his first day in Army, but nothing about his time in the military suggests that he ever even came close to being considered a soldier, let alone a man — and his alleged hit-and-run on Aug. 12 only proves it.