Father Of US Soldier Who Died Mysteriously In Belarus Suspects Murder

The mysterious death of an American soldier in Eastern Europe last month is being investigated by the U.S. Army, while... 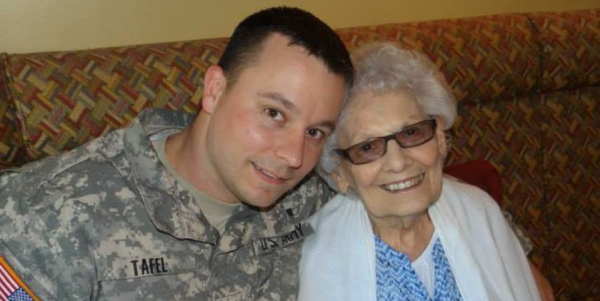 The mysterious death of an American soldier in Eastern Europe last month is being investigated by the U.S. Army, while family members remain baffled as to how a night at a casino ended with the 37-year-old Iraq War veteran dead on a sidewalk outside his hotel in Belarus, Fox News reports.

The body of Maj. Kyle Tafel — a native of Smyrna, Georgia, who had served in the Georgia Army National Guard for 17 years — was returned to his family earlier this week in a casket draped with the American flag, and will be buried July 7 at the Georgia National Cemetery.

Tafel, an infantryman, deployed at least once to Iraq, a photograph of him in uniform shows. In a 2005 blog post written by someone who had served with Tafel in Iraqi city of Tikrit, he was described as a “modern day American hero.”

The body of Georgia soldier, Maj. Kyle Tafel, was brought back to the U-S today after his mysterious death in Belarus #fox5atl pic.twitter.com/jhAfZIZNKO

Last month, Tafel had joined his two aunts on a trip to Eastern Europe. One of his aunts was scheduled to compete in a bodybuilding competition in Belarus, which is situated between Poland and Russia, and Tafel’s father suspects that his son had gone on the trip to serve as protection.

“He was there to support her and in a way, I think, to try to protect them,” Kevin Tafel said in an interview with Fox 5. “He knew it was a rough neighborhood.”

On June 12, the trio’s last night in Belarus, Tafel went to a local casino, where he reportedly got into some type of argument that ended with Tafel being escorted by security back to the suite he was sharing with his aunts. The confrontation in the casino had deeply unnerved Tafel, who, according to his father, told his aunts that his antagonists “were out for blood.”

“Out of fear, they barricaded the door so nobody could get in or out,” Tafel told Fox 5.

What happened next remains a mystery. Tafel’s aunts were apparently woken up three hours later to police informing them that their nephew’s body had been found on the sidewalk below their 10th floor suite. Tafel’s father believes his son was murdered — “tossed off the roof or the balcony.”

As of July 5, Kevin Tafel had not contacted authorities in Belarus, nor had they contacted him, according to Fox 5. But he’s not eager to hear what they have to say.

“I have not asked any questions, I have not received any answers,” he said. “All the answers in the world is not going to bring Kyle back.”