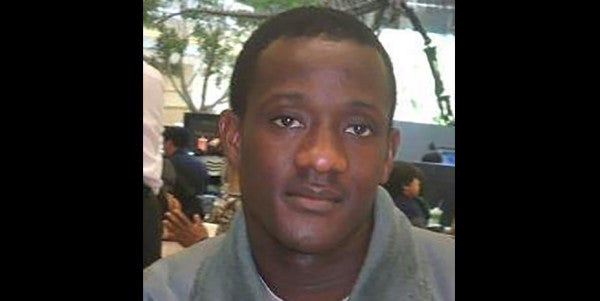 Four were fatally shot and one seriously injured in Killeen, Texas, on Sunday, Feb. 22. Army Spc. Ata-se Giffa, 30, is suspected of killing his wife Dawn Giffa and his neighbors; Lydia Farina, and Larry Guzman, before turning his weapon on himself. An unidentified woman, was critically injured and transported to the Baylor Scott and White Memorial Hospital in Temple in serious condition, according to USA Today.

Neighbors say the shooting took them by surprise, telling Fox News they never saw it coming.

“We've never had issues, never had any issues. Never had any complaints about our neighbors. There's never any wild parties going on. It's a quiet neighborhood and this is just like a freak incident,” a neighbor, Samuel Ernst, told Fox News.

The police responded to a call late Sunday about an armed man and reported gunshots at 1706 Godman Street. After entering the residence, they found multiple gunshot victims.

This shooting follows a string of high-profile attacks perpetrated by military members aboard Fort Hood. Spc. Ivan Lopez-Lopez shot 15 soldiers, killing three before killing himself, in April, 2014. In 2009, Maj. Nidal Hasan, killed 13 and injured more than 30 during a mass shooting. Hasan was convicted of premeditated murder in August, 2013.

The sheer number of mass shootings that have occurred on or near Fort Hood in recent years have begun to harm the reputation of veterans as these attacks are often associated — at least tangentially — with post-traumatic stress disorder, and raise concerns about the mental health of America’s military, even though these instances are not all related to PTSD, nor are they wholly reflective of the military and veteran community.

“But this intersection – “PTSD and Iraq!” – has elicited breathless commentary, of course, that combat service is a means to a dangerous end,” wrote Alex Horton at the time in an article for the Guardian. “This is the result of an erroneous American cultural assumption: weapons training plus the horrors of war equals unstable threat.”

As far as this latest shooting goes, according to the Fort Hood Public Affairs Office, Giffa entered active-duty service in August 2009 as an automated logistics specialist. His home of record is Clarkston, Georgia. He was assigned to 1st Battalion, 62nd Air Defense Artillery Regiment, 69th Air Defense Artillery Brigade, Fort Hood, since January 2014.

Correction: Feb. 25, 2015, 8:05 pm. This headline was corrected because it incorrectly stated that the shooting took place on base housing; however, the shooting took place at 1706 Godman Street in Killeen, Texas. The article also incorrectly referred to Spc. Ivan Lopez-Lopez and Maj. Nidal Hasan as military veterans; however they were both active duty when they engaged in the attacks.