Greater VA Accountability Will Bring In Good Employees, Not Scare Them Off, Lawmaker Says

A new bill proposed by the chairman of the House Committee on Veterans Affairs, Rep. Jeff Miller of Florida, is... 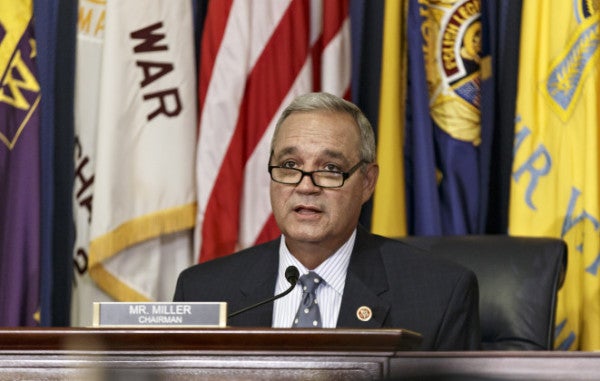 A new bill proposed by the chairman of the House Committee on Veterans Affairs, Rep. Jeff Miller of Florida, is designed to foster greater accountability within the department and attract better government employees. H.R. 473 proposes capping the number of senior executives eligible for bonuses and requires the department’s top career personnel to switch jobs within the department every five years, reports Defense One’s Kellie Lunney. The bill also includes proposed punitive measures, allowing the VA secretary to strip pension benefits from senior executives convicted of a crime that influenced their job performance, or preventing those convicted from retiring with full benefits.

“I know many are concerned that continuing to impose personnel measures on VA employees that are not applicable to the rest of the federal government will only disincentivize good workers from coming to the department,” said Miller, during a subcommittee hearing, March 24. “But I think the opposite is true. Good workers want to work in good agencies and with other hardworking employees, and want to know that bad actors will be held fully accountable.”