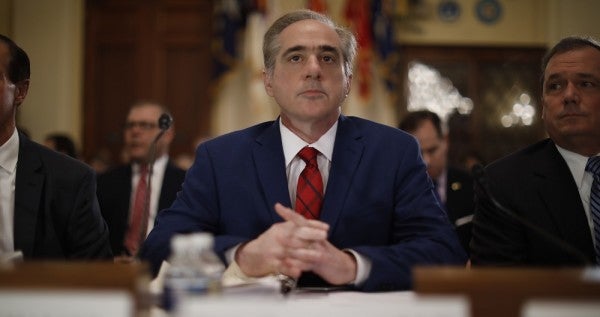 Department of Veterans Affairs Secretary David Shulkin took fire from lawmakers today over a lavish 10-day trip to Europe last year that cost taxpayers at least $122,000, detailed in a 97-page report by the VA’s Office of the Inspector General, published Feb. 14.

The report also included details of altered emails to justify Shulkin’s wife’s attendance, in order to have her airfare billed to the VA; the use of a program manager employee as a travel “concierge”; poor bookkeeping that made tracking expenses difficult; allegations over inappropriately accepted Wimbledon tennis match tickets; and shifting public accounts of the trip in the face of mounting media pressure.

At the previously scheduled hearing on the VA’s budget for fiscal year 2019, Rep. Tim Walz, the ranking Democrat for the House Committee on Veterans Affairs, remarked to Shulkin that “the trust you have on this committee is strong, but we do need to address these allegations.” Walz called for a Department of Justice investigation into the report’s claims.

Though the focus of the hearing was on the VA’s proposed budget for next year — and lawmakers were quick to remark on the need to stay on topic — the OIG report remained on the periphery.

“Here’s one that’s a touchy one: I noticed that the budget for the IG would be scaled back,” Walz said in his opening statements, adding that this would leave the VA’s watchdog, the Office of the Inspector General “far short of their desired staffing level when the OIG meets increased demand for their oversight and services.”

That decrease in funds, Walz argued, combined with a proposed pay freeze for federal employees, “will prevent the OIG from hiring investigators. The optics of cutting the OIG, today, are really really bad.”

Mike Coffman, a Colorado Republican who yesterday called for Shulkin’s resignation after reading the report, asked whether the 10-day trip was essential travel under the VA’s guidelines.

“I believe that this was essential travel,” Shulkin responded:

This was the 5-Eyes conference. Our allies who fight alongside us in every war: Canada, Australia, New Zealand, the United Kingdom, and the United States. We have had this conference for 43 straight years. It has been attended by every VA secretary…but I do recognize the optics of this are not good.

Following the report’s release yesterday morning, Shulkin has said that he would follow the inspector general’s recommendations — which included asking the department’s counsel to review whether administrative punishment is appropriate, and suggested that Shulkin reimburse the VA for the cost of his wife’s travel, and the improperly accepted favors.

CORRECTION: An earlier version of this story misstated the duration of Veteran Affairs Secretary David Shulkin's July 2017 trip to Europe. (2/19/2018; 11:43 am)