A group of highly trained and driven veterans, most of whom served among the elite ranks of the military's special... 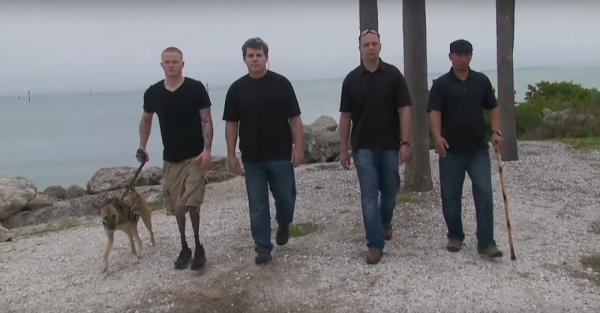 A group of highly trained and driven veterans, most of whom served among the elite ranks of the military's special operations forces, are taking the fight to a very specific enemy: individuals who distribute and produce child pronography.

Called H.E.R.O. Child-Rescue Corps, short for Human Exploitation Rescue Operative, the program falls under the National Association To Protect Children, or PROTECT. A non-governmental organization, PROTECT partners with U.S. Special Operations Command and Homeland Security Investigations, a branch of the Department of the Homeland Security, in order train injured or ill veterans in digital forensics so they can pair with federal law enforcement officers to track down child predators and rescue their victims.

The veterans who participate in the program receive training in computer forensics analysis and their mission is to track down traffickers and producers of child pornography by analyzing digital materials, explained J. Christian, the chief executive officer of PROTECT, and a graduate of H.E.R.O. Corps.

“People always asked, ‘How does that affect you?’ ‘How do you do that?’” said Christian, a former operator with the Army’s elite 75th Ranger Regiment, who was medically retired following an injury sustained during combat operations in Afghanistan.

“I was a little concerned how that would affect me before I did the work myself, but everything I saw personally, I took comfort knowing that the reason I was doing it was going to be a means to an end. The ultimate goal was to stop it from a) happening in the first place, and b) hopefully you can end that situation, if there’s a victim that you can locate.”

The program began in 2009 with the goal of solely training special operations veterans, but has expanded to include injured or ill veterans from all branches, explained Christian.

“Each of those individuals that have come into the H.E.R.O. Corps have found that this is an opportunity for them to take on a brand new mission, and for the majority of them it is the most important and biggest mission they've taken on,” Christian said of the decision to specifically recruit wounded veterans.

While the drive and focus that the participants bring to their new mission makes them coveted and sought-after assets, they have reasons of their own for taking on such a daunting task.

“When you think about service members who have lost their ability to continue in the military through medical retirement, or injuries that have kept them from feeling that they’re contributing in the same way, this is a something where they can give back in a real sustainable way moving forward as a career,” said Christian.

H.E.R.O. Corps trains two groups of 24 students each year and is currently training its fifth class. The participants go through a one-year unpaid internship where they spend the first three weeks training with PROTECT, and an additional eight weeks with Homeland Security Investigations, before they begin their 10-month internship at a field office.

To date, all of the students who have successfully completed the internship have been offered a job opportunity with Homeland Security, said Christian, who added that there’s a growing national interest in hiring the graduates.

Christian added that the impact they’ve had in the field and with the federal agents they’ve worked alongside has been profound.

“The effect that the hunger and the drive that the service members are bringing back around into the field offices is just tremendous and it's giving the special agents a new boost of energy to go out there and again remember the cause and the purpose of the fight that they’ve taken on,” said Christian.