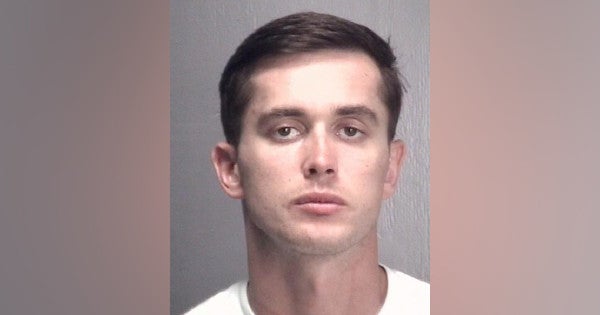 A special operations Marine is due in court on March 7 after being arrested last year for allegedly assaulting his girlfriend, Task & Purpose has learned.

Staff Sgt. Daniel Christopher Evans was arrested and charged with assault inflicting serious injury on July 29, 2018, according to Jennifer Dandron, a spokeswoman for police in Wilmington, North Carolina. Evans is currently assigned as a Critical Skills Operator with the 2nd Marine Raider Battalion at Camp Lejeune, North Carolina, according to the Marine Corps Personnel Locator.

Wilmington Police took Evans into custody after responding to domestic assault, according to the police report, which was provided to Task & Purpose.

“Upon arrival, the victim was located with several injuries,” the report said. “She explained to officers on scene that Evans had punched her multiple times after asking him to leave the residence. Evans was arrested and charged with Assault Inflicting Serious Injury and was given no bond until his first appearance in court.”

Evans spent one day in jail and was released on July 30, 2018 after posting $5,000 secured bail, according to the New Hanover County Sheriff's Office.

Police confirmed the alleged victim was Kimberly Rhine, who recently posted on Facebook that she had asked Evans to leave after claiming that she found he had been unfaithful during his seven-month deployment.

“My BF then punched me in the face completely knocking me off my feet,” Rhine posted. “My 6'3, 230+ LB. MARSOC operator boyfriend … split open my face.”

Now prosecutors are trying to strike a plea deal with Evans because this is allegedly his first offense, Rhine wrote.

Sam Dooies, an assistant to the New Hanover County District Attorney, declined to comment on the status of the case.

“We are not permitted to comment on a pending case,” Dooies told Task & Purpose on Friday. “Mr. Evans' next scheduled court date is March 7, but the case could be resolved sooner than that.”

Dooies said Evans could face up to 16 months in prison on the assault charge, but such a sentence could be suspended.

MARSOC issued a statement on Friday confirming that a member of the 2nd Marine Raider Battalion is “accused of several crimes related to an alleged altercation in July 2018” without naming Evans.

“This case is currently being handled as a civilian criminal justice matter which the command is following closely in order to be able to take future command actions following the outcome of his civilian case,” the statement says. “The command has taken administrative actions to include issuing a military protective order and a reassignment of duties.

“These will remain in place while the case is ongoing. Additional legal requirements may be in place under civilian jurisdiction authority. MARSOC takes all allegations of misconduct seriously, cooperates fully with investigative authorities and takes corrective action on behavior that does not conform to DoD standards.”

Rhine wrote on Facebook that she continues to suffer pain and partial loss of eyesight from her injuries. She also wrote that prosecutors initially told her they would offer Evans a plea agreement because she had not suffered “grotesque disfigurement.”

“My face was as she said not 'a Quasimodo disfigurement,'” Rhine posted. “I remember looking at her for the first time, in a meeting where she has never met me OR heard my story but had already offered a meager plea…through blood shot eyes telling her, you may not see what you feel to be a Quasimodo disfigurement, but it feels that way on the inside.”