The special operations troops charged in the death of Staff Sgt. Logan Melgar in Mali reportedly entered his room on June 4, 2017 and planned to tie him up and sexually assault him while it was filmed with a cell phone camera. 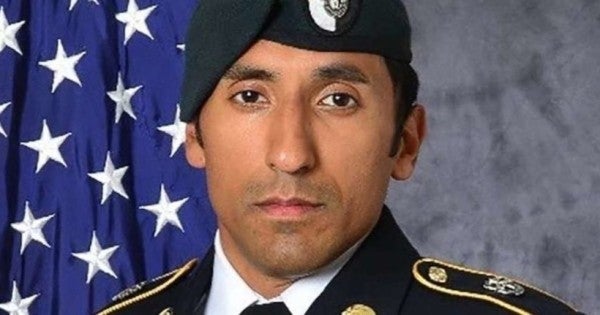 The special operations troops charged in the death of Army Staff Sgt. Logan Melgar in Mali reportedly entered his room on June 4, 2017 and planned to tie him up and sexually assault him while it was filmed with a cell phone camera, Dan Lamothe of The Washington Post reported Wednesday.

Citing a written stipulation of facts submitted by Marine Staff Sgt. Kevin Maxwell — one of four charged in Melgar's death — LaMothe reported that after the group burst into Melgar's bedroom with a sledgehammer, they planned to have a Malian security guard sexually assault him while an unnamed British special operator recorded it.

The plan to enter the Green Beret's room was part of an attempt to “embarrass” and haze him for what happened the prior evening, when Melgar left two Marines he was supposed to escort in an unknown part of Bamako, Navy SEAL Chief Adam Matthews testified.

The next day, the group entered Melgar's room and attempted to duct tape him as one put him in a chokehold. He died of asphyxiation a short time later.

Maxwell is expected to plead guilty to negligent homicide and other offenses as part of a plea agreement at a general court-martial on Thursday. The plea would come less than a month after Matthews pleaded guilty to offenses related to Melgar's death and was sentenced to one year in prison, reduction in rank to E-5, and a bad conduct discharge.

Both Maxwell and Matthews will testify against others as part of their plea deals with prosecutors. Two other operators, Marine Gunnery Sgt. Mario Madera-Rodriguez and Navy SEAL Chief Anthony DeDolph, have not yet entered pleas.