The two special operators are accused of assaulting Special Forces Staff Sgt. Logan Melgar, who died as a result. 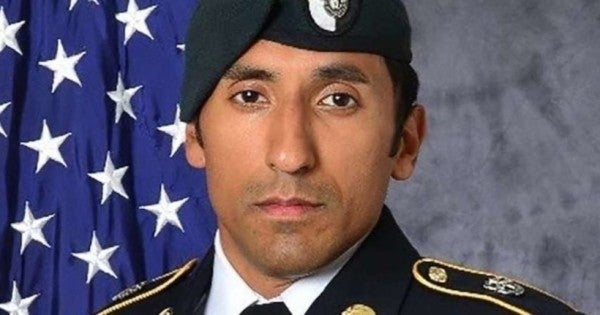 A Navy SEAL and a Marine Raider charged with murder in connection with the hazing death of Special Forces Staff Sgt. Logan Melgar are scheduled to appear at an Article 32 hearing on Aug. 5, Navy officials have announced.

The Washington Post previously reported that four U.S. troops, a British special operator, and a Malian security guard intended to bind Melgar and make a video of him being sexually assaulted.

The two other U.S. troops involved with Melgar's death have already pleaded guilty as part of plea agreements with prosecutors.

At his sentencing, Matthews testified that DeDolph allegedly placed Melgar in a chokehold until he asphyxiated. DeDolph is also accused of trying to cover up how Melgar died by initially telling investigators that he and the Green Beret had been wrestling at the time of his death.

Given that two service members have already pleaded guilty in connection with Melgar's death, DeDloph's civilian attorney Phillip Stackhouse said he expects charges against his client will be referred to a general court-martial.

“The credibility of witnesses requested weigh heavily on whether probable cause exists and the just handling of this case,” said Stackhouse, a retired Marine major. “Thus far, the government attorneys have recommended denying all defense witness requests, but the hearing officer has directed several witnesses be produced and present. We will see if credibility is important to justice.”

“This was just one big tragic accident,”Vokey told Task & Purpose.

SEE ALSO: Navy Seal Under Investigation For Allegedly Manipulating (And Hitting On) The Widow Of The Green Beret He Helped Kill