Both men face a maximum punishment of life in prison without the possibility of parole if convicted. 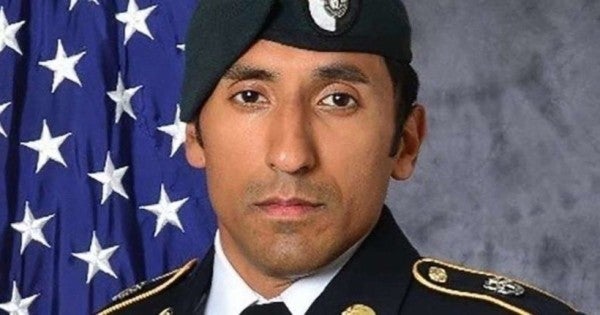 A Navy SEAL and Marine Raider charged with murder in connection with the death of Special Forces Staff Sgt. Logan Melgar will face a general court-martial this spring, the Navy has announced.

The trial for Navy Chief Special Warfare Operator Tony E. Dedolph, who is accused of placing Melgar in a chokehold until he died, is expected to last from March 23 to April 3, according to Navy Region Mid-Atlantic. Marine Gunnery Sgt. Mario A. Madero-Rodriguez's court-martial is slated to last from April 20 until May 1.

Both men face a maximum punishment of life in prison without the possibility of parole, reduction in rank to E-1, forfeiture of all pay and allowances, and a punitive discharge if they are convicted of murder.

Melgar died on June 4, 2017, in Bamako, Mali, after he was allegedly assaulted by four U.S. special operators, a British service member, and a Malian security guard, who allegedly planned to make a video of Melgar being sexually assaulted.

Matthews, who is being investigated for allegedly trying to flirt with Melgar's widow as part of a ruse to deceive her, was sentenced to one year in prison. Maxwell received a four-year prison sentence.