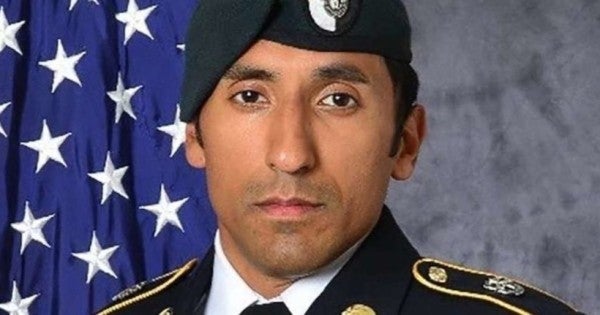 A Marine Raider will plead guilty to negligent homicide and related offenses as part of a plea agreement with prosecutors in connection with the hazing death of Staff Sgt. Logan Melgar, the Marine's attorney said on Tuesday.

Staff Sgt. Kevin Maxwell will face general court-martial hearing on Thursday, Navy officials have announced. He is one of four special operators charged with the June 4, 2017 death of Melgar, who was deployed to Mali at the time.

On Thursday, Maxwell will enter his guilty plea at a general court-martial, his attorney Brian Bouffard told Task & Purpose.

Bouffard declined to say what punishment Maxwell could face under his pretrial agreement because that information does not become public until the military judge in the case has sentenced him.

“This case is absolutely a tragedy and it was avoidable and just sad all around,” Bouffard said on Tuesday. “Speaking from what I know of Staff Sgt. Maxwell as I've come to know him since this case arose: He's filled with remorse over this and he's always going to be filled with remorse over this and his role in it. He and Logan Melgar were friends and he didn't act like his friend that night.”

Maxwell's expected guilty plea comes less than a month after a Navy SEAL was sentenced to one year in prison, reduction in rank to E-5, and a bad conduct discharge for his role in Melgar's death.

On May 16, Navy Chief Special Warfare Operator Adam Matthews pleaded guilty to hazing, assault consummated by battery, unlawful entry, obstruction of justice, and conspiracy to commit assault as part of a plea agreement with prosecutors, which requires him to testify against the three other suspects in the case.

Their plan was to bind his wrists and ankles with duct tape and make an embarrassing video of him, but things went terribly wrong after DeDolph put Melgar into a chokehold and the staff sergeant “tragically passed away” from asphyxiation, Matthews testified at his sentencing.

“There is no justification for the tragic, avoidable death of Staff Sgt. Melgar,” Matthews told a military judge. “His life should under no circumstances have been placed in jeopardy, and though it was never my intention to harm him, I should have used better judgment when assessing the risk to his well-being. Words cannot express how deeply I regret these events and how remorseful I am. I have carried the weight of Staff Sgt. Melgar's death every minute of every day since that night in Mali.”

Melgar's widow provided Task & Purpose with a statement ahead of Maxwell's hearing on Thursday.

“I look forward to being one step closer to the end of this horrific, and tragic situation,” Michelle Melgar said. “Kevin Maxwell has chosen to cooperate with prosecutors following the confession of Adam Matthews, and in doing so the prosecutors and I have agreed to enter a plea deal with him. I sincerely appreciate Logan's teammates, the entire Special Forces community, my family, and my friends who have supported me in making these difficult, yet necessary decisions.”