All three service members are assigned to the 3rd Marine Raider Battalion. They are not in pretrial custody and no trial dates have been set yet 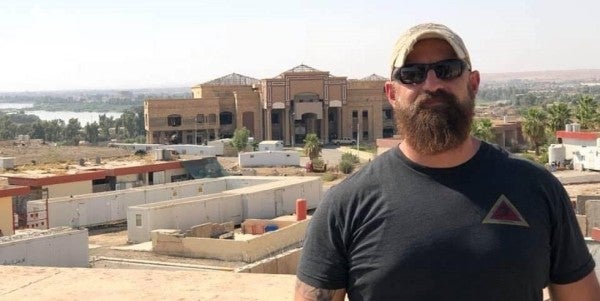 Two Marine Raiders and a Navy corpsman have been charged with involuntary manslaughter, negligent homicide, and other offenses in connection with the death of a Lockheed Martin contractor, who died following a reported fist fight in Iraq, according to Marine Corps Forces Special Operations Command.

Rick Anthony Rodriguez, a former Green Beret, died in Landstuhl, Germany, on Jan. 4 after being medically evacuated from Erbil, Iraq.

The three service members are accused of getting into a fight with Rodriguez outside a bar in Erbil on Jan. 1. Rodriguez was seriously injured after being punched in the head and died three days later.

They are not in pretrial custody and no trial dates have been set yet, Kinney said.

“This case turns on the law of self-defense,” said Negron's attorney Brian Bouffard, who claims that Rodriguez attacked Draher and then his client defended Draher from an “unlawful assault.”

“If Gunnery Sgt. Draher would have been within his rights to punch Mr. Rodriguez to defend himself then a third party can do the same thing and no crime has been committed,” Bouffard told Task & Purpose on Monday. “There are exceptions to that rule but none of those exceptions apply in this case.”

Bouffard also argued that none of the three men could have known how “catastrophically injured” Rodriguez was after Negron hit him, so they did not think there was any need to take him to a hospital.

Attorney Phillip Stackhouse, who represents Draher, argues that Negron responded with “the appropriate amount of self-defense.”

“There is no escalation of force in this case,” Stackhouse told Task & Purpose on Monday. “Draher was being punched. Negron responded with one punch. No kicks. No weapons. No nothing.”

Task & Purpose was unable to reach Rodriguez's family for comment on Monday. Lockheed Martin declined to comment beyond its Jan. 7 statement about Rodriguez's death.

On New Year's Eve, Draher, Negron, and Gilmet visited a bar in Erbil when Rodriguez allegedly got into an argument with Gilmet, which was caught on video by the bar's surveillance cameras, Stackhouse said. Gilmet later told his superiors that Rodriguez claimed that the Navy corpsman was not showing him enough respect.

The security guard made Rodriguez leave, but the three service members later ran into Rodriguez along with several other U.S. personnel outside, Stackhouse said.

Draher tried to resolve the issue by speaking to Rodriguez, but things escalated, Stackhouse said. Video footage shows that Rodriguez first poked Draher in the chest and then lunged at the Marine.

“Draher thought he was going to head-butt him, so Draher takes his left hand shoves Rodriguez back to get some space,” Stackhouse said. “After he pushed him back, Rodriguez lunged at him … and takes this huge swing with his right hand – I mean, cocks all the way back, and this big roundhouse swing – clearly on the video.”

After Rodriguez threw a second punch, Negron hit Rodriguez, knocking him out, Stackhouse said. Rather than taking him to a base medical facility, the three men returned Rodriguez to his on-base quarters, where a co-worker monitored him.

Several hours later, it became clear that Rodriguez was having difficulty breathing; so Gilmet began treating him and then Rodriguez was taken to the base's trauma center, Stackhouse said.

Had the three men known how badly Rodriguez was hurt, they would have sought medical help for him immediately, Stackhouse claimed.

“They thought that he was just sleeping it off,” Stackhouse said. “They didn't know that there was anything tragically wrong with him or clearly they would have.”

Gilmet's attorney could not be reached for comment on Monday.

Draher issued a statement through Stackhouse saying he was “disappointed” that his command had charged him and the two others with Rodriguez's death, which he called an accident which was “not brought on our actions.”

“As we have said from the beginning, and is captured on video, Mr. Rodriguez attacked me in a drunken state.” Draher said in the statement. “My colleagues and I reacted only in self-defense, once the fight was over it was me and my colleagues – not his friends- who took him back to our base for safety.”

“The fact that Mr. Rodriguez passed away is nothing short of tragic and I wish his family and friends did not have to feel the pain and sorrow that I am sure they do,” Draher continued. “In the end, I have to trust the system in which I find myself. I would have much preferred to have had the trust and support of my command.”