DeDolph faces a maximum penalty of life in prison without the possibility of parole if he is convicted of murder. His general court-martial is slated to take place between March 23 and April 3. 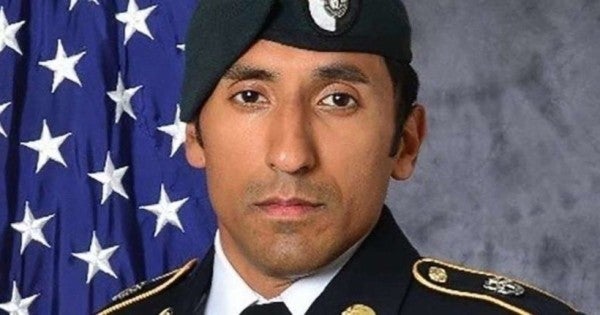 A Navy SEAL accused of strangling Army Special Forces Staff Sgt. Logan Melgar has pleaded not guilty to murder and other charges, a Navy official confirmed.

Chief Special Warfare Operator Tony E. DeDolph also requested a trial by a military jury when he was arraigned on Jan. 10, the official said.

DeDolph faces a maximum penalty of life in prison without the possibility of parole if he is convicted of murder. His general court-martial is slated to take place between March 23 and April 3.

Melgar died on June 4, 2017 in Bamako, Mali, after he was allegedly attacked by four U.S. special operators, a British service member, and a Malian security guard, who are accused of breaking into his quarters to make video of Melgar being restrained and sexually assaulted.

DeDolph, who is one of two SEALs charged with Melgar's death, is accused of putting the Green Beret into a chokehold until he stopped breathing and then trying to cover up what happened by falsely claiming that he and Melgar were wrestling at the time.

Of the three other service members charged with Melgar's death, a Marine Raider also faces a court-martial while a SEAL and Raider have both pleaded guilty and been sentenced to prison.

Gunnery Sgt. Mario Madero-Rodriguez has also been charged with murder and related offenses. His trial is expected to take place between April 20 and May 1.

Special Warfare Operator 2nd Class Adam Matthews, who is also accused of trying to deceive Melgar's widow by flirting with her while using a fake name, was sentenced to one year in prison.