The Navy SEAL accused of strangling Army Special Forces Staff Sgt. Logan Melgar was promoted to chief petty officer two months after Melgar's death, according to a new report from The Daily Beast 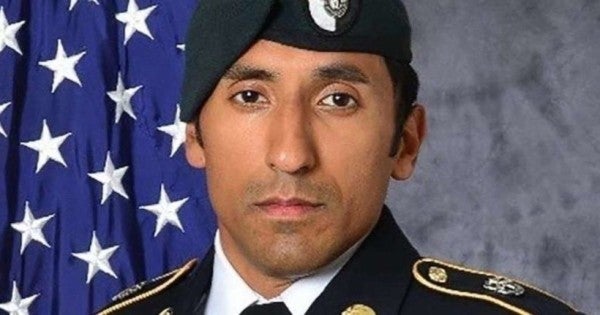 Kevin Maurer of The Daily Beast first reported that DeDolph was one of the sailors who was selected to become chief petty officers in August 2017. DeDolph was frocked the following month and began receiving chief's pay that December.

According to his Navy biography, DeDolph officially became a chief petty officer on Dec. 16, 2017.

An unnamed defense official told Maurer that DeDolph was not formally charged or a person of interest in connection with Melgar's death at the time he was promoted. The date listed on his official charge sheet is Nov. 4, 2018.

“I'm not going to comment on details surrounding an ongoing investigation,” Lawrence said in a statement. “SOC DeDolph has remained a member of Naval Special Warfare throughout this process. It is paramount that the rights of the service member are protected, thus any additional information regarding this case will not be discussed.”

Phillip Stackhouse, DeDolph's attorney, had little to say about the issue when contacted by Task & Purpose, stating that the timing of when sailors get promoted depends on the command and the individual.

“His command promoted him,” Stackhouse said. “It's not like anything was a secret or shady that was going on. Conceivably, they could have done something different – conceivably. Like in the Marine Corps, they have the ability to delay things. For whatever reason, they didn't delay it.”