An appeals court has ordered that Navy SEAL Tony DeDolph will get a new sentencing hearing. 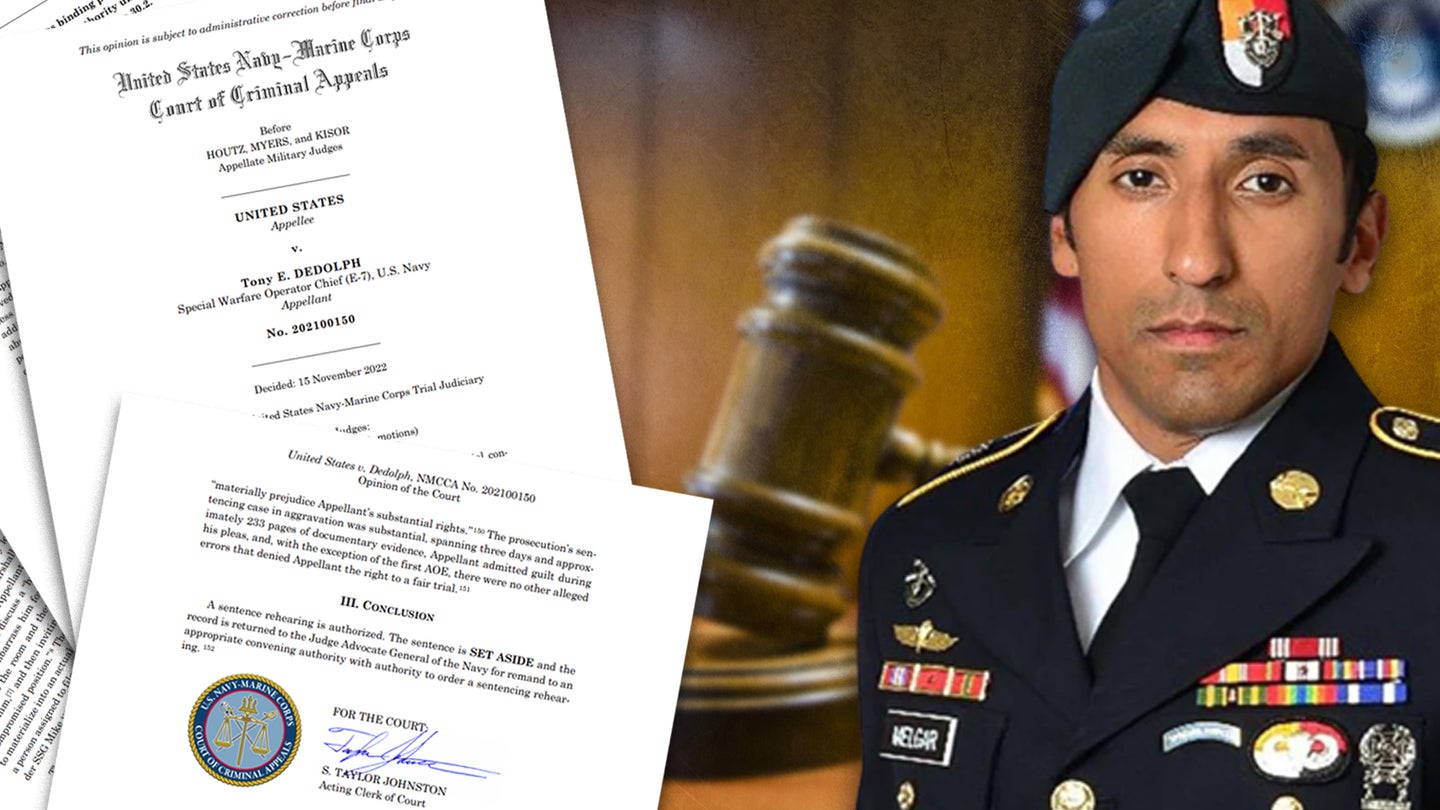 In January 2021, DeDolph, a Navy SEAL, was sentenced to 10 years in prison, a reduction in rank to E-1, and a dishonorable discharge.

But the United States Navy-Marine Corps Court of Criminal Appeals has ruled that DeDolph must get a new sentencing hearing because prosecutors did not let DeDolph’s attorneys know that one of the witnesses who testified against DeDolph had asked that his prison sentence be reduced from four to two years in exchange for his testimony.

The witness was identified in court papers as “Pvt. Marshall,” who was one of the other service members involved in Melgar’s death. “His first name was not included in the appeals court’s decision.

“Pvt Marshall was a key government witness in this case,” wrote military judge Marine Col. Peter Houtz, who delivered the appeals court’s decision. “His motive to misrepresent was not self-evident (certainly not through the pretrial agreement alone) and the disclosure of the clemency request was material.”

Prosecutors accused DeDolph and other special operators of breaking into Melgar’s room in Bamako, Mali, to make a video of Melgar being restrained and sexually assaulted after he allegedly did not join the others at a local bar. According to prosecutors the group “began to discuss a ‘‘hypothetical joke … to break in and haze [Melgar]’ to embarrass him for the perceived slight.”

DeDolph admitted during his trial that he placed Melgar into a choke hold until Melgar lost consciousness.

Melgar never regained consciousness and he died of asphyxiation. DeDeloph was also accused of lying to investigators about what happened, falsely claiming that he and Melgar were wrestling at the time.

At DeDolph’s sentencing hearing, Marshall was the only prosecution witness who had taken part in the events culminating in Melgar’s death to testify, according to the appeals court. Marshall had already pleaded guilty to negligent homicide and other offenses, but his prison sentence was eventually reduced from four to three years after he served as a government witness against DeDeloph and two other service members involved in Melgar’s death, according to the appeals court’s decision.

The trial counsel later gave the convening authority a material assistance letter discussing how Marshall had assisted the government, after which Marshall submitted a clemency request asking that his prison sentence be reduced from four to two years, court papers say.

DeDolph’s attorneys were not aware of the material assistance letter or Marshall’s clemency request when they asked prosecutors for any evidence affecting the credibility of government witnesses including “bias bearing on a witness’s credibility,” according to the appeals court’s decision.

Houtz chided prosecutors for not disclosing Marshall’s clemency request to the defense.

The appeals court decided to set aside DeDolph’s conviction. The Judge Advocate General of the Navy will now determine which convening authority will hold a new sentencing hearing.