Navy SEAL and Marine Raider could get life in prison if convicted of murdering Special Forces Staff Sgt. Logan Melgar

Four U.S. special operators along with a British service member and a Malian security guard allegedly broke into Melgar's room to make a video of Melgar being restrained and sexually assaulted. 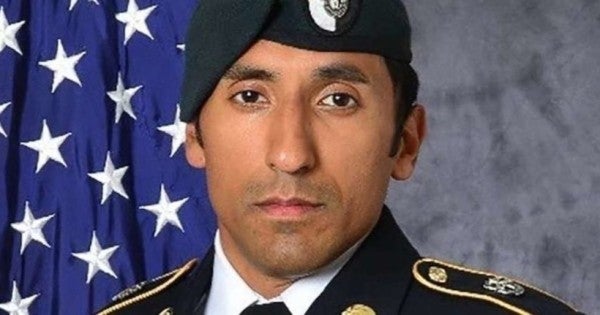 A Navy SEAL and Marine Raider charged with murder face a maximum penalty of life in prison without the possibility of parole now that they will have to appear before general courts-martial for their alleged roles in the death of Special Forces Staff Sgt. Logan Melgar, the Navy announced on Friday.

Navy Chief Special Warfare Operator Tony Dedolph and U.S. Marine Corps Gunnery Sgt. Mario Madero-Rodriguez have been charged with felony murder and other offenses, a Navy Region Mid-Atlantic news release said. If convicted, the maximum penalty for murder also includes reduction in rank to E-1, forfeiture of all pay and allowances, and a punitive discharge.

Melgar died on June 4, 2017, after being assaulted by four U.S. special operators along with a British service member and a Malian security guard, who allegedly broke into his room to make a video of Melgar being restrained and sexually assaulted.

Dedolph is accused of putting Melgar into a chokehold until he stopped breathing and later trying to cover up what had happened by claiming he and Melgar had been wrestling when the Green Beret died accidentally.

Trial dates for the courts-martial have not yet been set.

Two other special operators have pleaded guilty in the case: Special Warfare Operator 2nd Class Adam Matthews, who is being investigated for trying to flirt with and deceive Melgar's widow, received a one-year prison sentence; and Marine Pvt. Kevin Maxwell Jr. will serve four years in prison.