The head of U.S. Special Operations Command has announced an immediate review of the culture, ethics, and recruiting of members of Special Operations Forces in light of recent incidents that have gotten the command on the proverbial skyline. 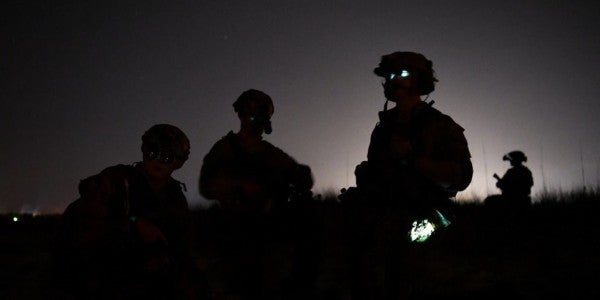 The head of U.S. Special Operations Command has announced an immediate review of the culture, ethics, and recruiting of members of Special Operations Forces in light of recent incidents that have gotten the command on the proverbial skyline.

“The American people must trust those who protect them, including the special operations professionals in this Command,” wrote Gen. Richard Clark, commander of SOCOM, in a letter to all members of the command in a Friday evening memo.

“This trust is paramount and must never be compromised. Our culture — the very fabric of our beliefs and values — is deeply rooted in a history of honor, duty, and sacrifice. Our ethics — the principles that govern our behavior — are the foundation for values-based decision-making at home and when deployed in the most complex environments.”

Citing “recent incidents” that have called SOF culture into question, Clarke wrote that he was initiating a comprehensive review of the force that would conclude in the fall of 2019. Besides assessing culture and ethics, the review will look at recruitment, assessment and selection of operators, leadership training, and “how we address ethical failures when they occur,” Clarke wrote.

The letter, first reported by Courtney Kube at NBC News, comes weeks after the head of Naval Special Warfare Command sent a letter to commanders saying that “we have a problem,” and urged them to look for issues and provide recommendations to address potential issues within the SEAL community.

Among the issues that have come to light in recent years were the nearly dozen SEALs booted from the service after testing positive for drugs in 2018, as well as others being investigated or brought to trial on murder charges. As Navy Times' reporter Geoff Ziezulewicz noted, other SEALs have been charged with allegedly abusing prisoners in Afghanistan; another was sentenced to nearly 30 years in prison for producing images of child sexual abuse in Feb. 2018. That same sailor was sentenced to an additional 60 years for child molestation on Tuesday.

“I expect you to expend every effort to facilitate access and support the review team's efforts,” Clarke wrote. “Be open and candid in your feedback to the team. We will also publish the results and discuss them broadly. This is about making us better.”

~popular_source-pageview
getting off the skyline
Special Operations