The relief was carried out by Rear Adm. Colin Green, the commanding officer of NSW. 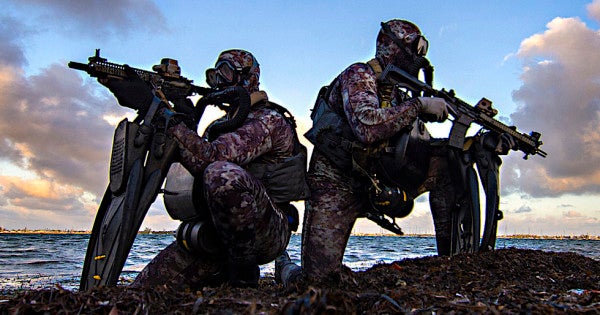 The top admiral in charge of Naval Special Warfare has fired the entire leadership team of SEAL Team 7 over a “breakdown of good order and discipline,” a Navy official told Task & Purpose on Friday.

The relief was carried out by Rear Adm. Collin Green, the commanding officer of NSW. Lawrence said their relief was “due to a loss of confidence that resulted from leadership failures that caused a breakdown of good order and discipline within two subordinate units while deployed to combat zones.”

The spokeswoman declined to name who would take their place, citing operational security concerns for those SEALs and their families.

The “two subordinate units” may be references to ST7 Alpha and Foxtrot Platoon, though Lawrence declined to name them when asked by Task & Purpose.

SEAL Team 7 Alpha Platoon made national news after SEAL Chief Eddie Gallagher was accused of war crimes during a 2017 deployment to Mosul, Iraq. While Gallagher was acquitted on murder charges in early July, testimony at his court-martial revealed that members of the platoon had constructed their own rooftop bar in Iraq and engaged in other alleged misconduct on deployment.

More recently, the entirety of SEAL Team 7 Foxtrot Platoon was pulled out of Iraq last month amid allegations of a boozy Fourth of July party and an allegation of sexual assault. On Friday, Navy Times reported that a master chief in another detachment from Team 7 had been relieved over alleged misconduct.

The relief of the team's top leaders comes amid these and other high-profile scandals in the SEAL community that has ignited a discussion amongst the senior ranks about ethics and discipline in the small force, which numbers less than 2,500 personnel in a Navy of more than 437,000 active-duty and reserve sailors.

Green sent a letter to commanders in July proclaiming that “we have a problem,” while urging them to detail what issues they see and provide recommendations by Aug. 7 on how to get the SEAL community off the skyline.

“I don't know yet if we have a culture problem,” Green wrote in a letter to the command. “I do know that we have a good order and discipline problem that must be addressed immediately.”

“Some of our subordinate formations have failed to maintain good order and discipline and as a result and for good reason,” the culture of the SEALs “is being questioned,” he added.