President Donald Trump's nominee for the Navy's top officer wants to identify the "root causes" of the slew of misconduct that's roiled the Naval Special Warfare community in recent years despite a relatively recent Pentagon review that found "no gaps" in the ethics and professional training for U.S. special operations forces 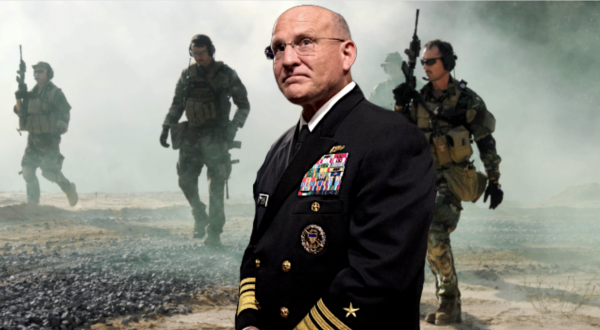 President Donald Trump's nominee for the Navy's top officer wants to identify the “root causes” of the slew of misconduct that's roiled the Naval Special Warfare community in recent years despite a relatively recent Pentagon review that found “no gaps” in the ethics and professional training for U.S. special operations forces.

Those issues include: the decision to pull an entire SEAL Team 7 platoon out of Iraq amid a booze-soaked Fourth of July party and an allegation of sexual assault; the acquittal of Navy SEAL Chief Eddie Gallagher on charges that he murdered an unarmed ISIS fighter in Iraq; a report that several members of SEAL Team 10 were able to pass their piss tests despite heavy use of cocaine and other drugs; and the hazing death of a Green Beret at the hands of SEALs, one of whom is now also under investigation for allegedly trying to flirt with and manipulate the victim's widow.

“Ethics is a particularly important point for me, and that begins at the top with my leadership and it extends through all the flag officers, as well as our commanders and right down to chief petty officers that I consider the critical link to ensure that, every day we go to work, we bring our values,” Gilday told lawmakers on lawmakers on Wednesday. “It's especially important in combat that those values be maintained.”

“I commit, senator, to getting a better understanding of those issues, to holding people accountable if and where they need to be held accountable, to getting after the root causes — so if there is a problem with the culture and community, that that is addressed very quickly and very firmly,” he added.

This is all well and good, but Gilday's pledge will mark the second time this year that senior Pentagon leaders have place the Naval Special Warfare community under a microscope — and the result was the bureaucratic equivalent of a “move along, nothing to see here.”

In February, Naval Special Warfare Command chief Rear Adm. Collin Green announced that he had commissioned a 90-day review recruiting of the command's recruiting, training, and leadership development processes, a look at “what we're doing in the schoolhouse, what we're not doing, what we're doing relative to leader development and hard ethical decisions,” as he put it at the time. “Combat ethics, to see if we're addressing that through our inter deployment training cycle.”

While the NSWC ethics review was never publicly released, Green stated in a March 2019 interview with the Defense Media Network that review indicated the SEAL community has “a credible process in place to deliberately focus on character development and the construct of a sound ethical foundation in our SEAL and SWCC training pipelines.”

“NSW's courses further build on that foundation by weaving ethical decision-making scenarios into every NSW leadership training opportunity,” Green said. “This is an important and ongoing effort to ensure we are properly balancing a culture of operational excellence with a culture of sound ethical compliance.”

It's worth noting that Green ordered the NSWC ethics review after outgoing U.S. Special Operations Command chief Gen. Raymond A. Thomas ordered SOCOM's own separate SOF-wide review to reinforce “core values and their role in culture” in response to instances of misconduct involving SEALs, Green Berets, and MARSOC personnel.

That review, also released in March, acknowledged the misconduct among SOF personnel as “a deeper challenge of a disordered view of the team and the individual in the SOF culture.” But overall, the review did not uncover “gaps in the administration, oversight, or management of ethics programs or professionalism programs.”

“The SOF culture requires more than adherence to the minimum standards of compliance with applicable law and policy,” the report said. “SOF personnel who manage violence under the stress and ambiguity of combat require the highest level of individual and organizational discipline.”

“This is more than just adherence to the Uniform Code of Military Justice and ethics regulations,” the report added. “Rather, it is the cornerstone of the values system that trust and faith are built upon at every level within SOF.”

The message of both of these reviews is relatively clear: if issues do occur across SOF units, it's an individual or team issue and not a function of the structurer of SOCOM's ethics and professionalism training procedures. But the review doesn't excuse commanders from responsibility.

“Left unchecked, a value system in disorder threatens to erode the mutual trust among members of SOF and the trust of senior leaders, our allies, and ultimately the American people in SOF,” the SOCOM report says. “In response to this challenge, SOF senior leaders have engaged in rapid and focused action to identify and address underlying causes, to prevent erosion of trust in the force, and ultimately to produce a more effective special operations force for the nation.”

If confirmed, Gilday won't be the only Pentagon leader taking a long, hard look at the NSW community. In a July 27 briefing with reporters, SOCOM's senior enlisted advisor Air Force Chief Master Sgt. Gregory Smith stated that new SOCOM chief Army Gen. Richard D. Clarke had emphasized another bout of soul-searching among SOF leaders regarding ethics and misconduct centered on one burning question: “How do we see ourselves as a culture?”

“Really, all it comes down to a function of leadership, a function of 'what is the cost of winning?'” Smith said. “Do you win at any cost? Is your loyalty to the nation, to the team, to the individual?”