Top Navy SEAL: ‘We have a problem’

Green reportedly sent the letter amid a number of high-profile scandals involving SEALs — a community of elite operators numbering less than 2,500 personnel among a force of more than 437,000 active-duty and reserve sailors. 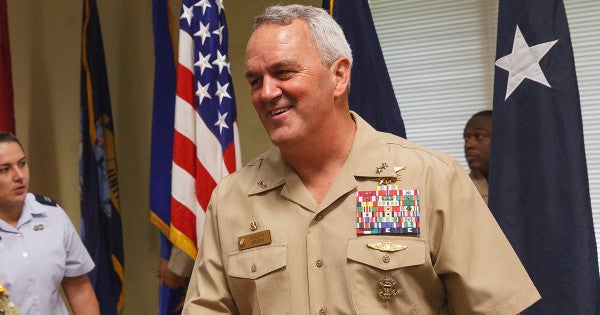 The head of Naval Special Warfare Command reportedly sent a letter to commanders on July 25 proclaiming that “we have a problem,” while urging them to detail what issues they see and provide recommendations by Aug. 7 on how to get the SEAL community off the skyline.

“I don't know yet if we have a culture problem,” Rear Adm. Colin Green wrote in a letter to the command. “I do know that we have a good order and discipline problem that must be addressed immediately.”

“Some of our subordinate formations have failed to maintain good order and discipline and as a result and for good reason,” the culture of the SEALs “is being questioned,” he added.

Green sent the letter amid a number of high-profile scandals involving SEALs — a community of elite operators numbering less than 2,500 personnel among a force of more than 437,000 active-duty and reserve sailors. The existence of the letter was first reported by CNN's Barbara Starr.

Additionally, Vice Adm. Michael Gilday vowed to identify the “root causes” of ethical concerns among SEALs during a confirmation hearing on Wednesday. If confirmed, Gilday will take over as the chief of naval operations.

Among the issues that have come to light in recent years were the nearly dozen SEALs booted from the service after testing positive for drugs in 2018, as well as others being investigated or brought to trial on murder charges. As Navy Times' reporter Geoff Ziezulewicz noted, other SEALs have been charged with allegedly abusing prisoners in Afghanistan; another was sentenced to nearly 30 years in prison for producing images of child sexual abuse in Feb. 2018. That same sailor was sentenced to an additional 60 years for child molestation on Tuesday.

“We are looking hard as a learning organization to self assess to see, are we assessing and selecting the right people? Are we holding them accountable to standards of honor, courage, and commitment?” Green told the audience at the West 2019 conference, in response to a question from Task & Purpose in February.

Green's acknowledgement that there is indeed a problem stands in stark contrast to a March report to Congress from Special Operations Command, which found there were no “gaps in the administration, oversight, or management of ethics programs or professionalism programs.”

You can read the letter below: