In an Aug. 20 memo, the commander of Naval Special Warfare Command, Rear Adm. Colin Green wrote that "our force has drifted from our Navy core values of honor, courage, and commitment ... due to a lack of action at all levels of leadership." 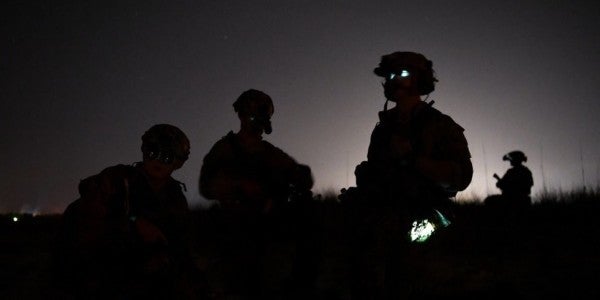 After a string of high profile incidents, the commander overseeing the Navy SEALs released an all hands memo stating that the elite Naval Special Warfare community has a discipline problem, and pinned the blame on those who place loyalty to their teammates over the Navy and the nation they serve.

In the Aug. 20 memo, the commander of Naval Special Warfare Command, Rear Adm. Colin Green wrote that “our force has drifted from our Navy core values of honor, courage, and commitment … due to a lack of action at all levels of leadership.”

“We have found that a portion of this force is ethically misaligned with our culture,” Green wrote in the memo, which was provided to Task & Purpose by Naval Special Warfare Command. “The root of our problem begins with members who fail to correct this behavior within their sphere of leadership and prioritize this misalignment over the loyalty to Navy and nation. This erodes the foundation of trust we have earned with our leaders and the American people.”

The scathing indictment of the Navy's elite special operations community comes after a string of public incidents involving SEALs, and nearly a month after Green sent a letter to commanders stating that the SEALs — which number less than 2,500 personnel, just a fraction of the Navy's 437,000 active-duty and reserve sailors — may have a culture problem.

As Task & Purpose's Paul Szoldra previously reported on Aug. 1, the SEAL community has been rocked by a string of incidents:

Among the issues that have come to light in recent years were the nearly dozen SEALs booted from the service after testing positive for drugs in 2018, as well as others being investigated or brought to trial on murder charges. As Navy Times' reporter Geoff Ziezulewicz noted, other SEALs have been charged with allegedly abusing prisoners in Afghanistan; another was sentenced to nearly 30 years in prison for producing images of child sexual abuse in Feb. 2018. That same sailor was sentenced to an additional 60 years for child molestation on July 30.

To remedy the problem Green laid out several changes in his Aug. 20 memo, including that all allegations of misconduct involving officers and senior SEALs (E-7 and above) will be sent directly to Green to handle.

“I reserve the right to withhold all Non-Judicial Punishment authority for those reports at my level as I deem appropriate,” he wrote.

In the memo, Green calls for “intrusive leadership,” and “routine inspections” to ensure “all Navy grooming and uniform standards, including adherence to all Navy traditions, customs and ceremonies.” Additionally, the changes include a ban on all unofficial unit insignia “to include logos and patches.”

Among the other changes Green calls for — including peer-to-peer reviews, and classes on ethics, culture, and accountability — the SEALs will implement a leadership program designed to “develop an individual's leadership and ethical development throughout their NSW career.” And within the next month, the SEALs will establish a force-wide accountability tracker across Naval Special Warfare Command.

Plans to grow the size of existing SEAL Teams by adding new platoons will be put on hold until “we have groomed a sufficient inventory of leadership teams that have been adequately trained, certified and possess the highest standards of character and competence to fill the additional leadership positions in these tactical formations,” Green wrote. “The force will maintain quality over quantity.”

Green closed out the four-page memo by writing:

“The mission is too important. The nation needs us countering violent extremist organizations, rogue regimes and in constant competition with peer and near peer adversaries. We own the problems and the solutions.”