"On Thursday, SOC Adam Matthews will take full responsibility for his role in the tragic death of Staff Sgt. Logan Melgar." 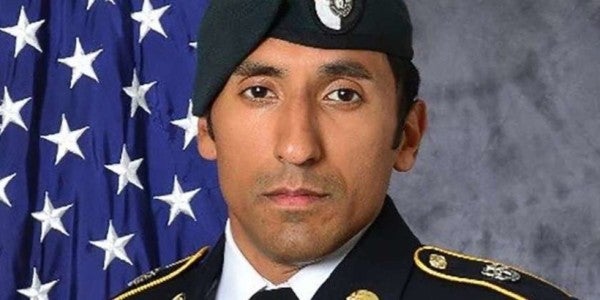 A Navy SEAL who is one of four service members charged in connection with the death of a Green Beret in Mali nearly two years ago will “take full responsibility for his role” in the incident at a hearing next week, his lawyer said.

Chief Special Warfare Officer Adam Matthews has reached a pretrial agreement under which he will be referred to a special court-martial rather than a general one, said his attorney Grover Baxley. The maximum penalty that a special court-martial can impose is one year in prison, reduction in rank to E-1, forfeiture of two-thirds pay for one year, and a bad conduct discharge.

Matthews will plead guilty to charges of hazing, assault consummated by battery, burglary, and conspiracy to obstruct justice, Baxley said. In return for his cooperation, prosecutors will withdraw charges of murder and involuntary manslaughter for taking part in actions that led to the death of Army Staff Sgt. Logan Melgar on June 4, 2017 in Bamako, Mali, Baxley said.

In total, two SEALs and two Marine Raiders are accused of breaking into Melgar's room while he was sleeping, binding him with duct tape, and strangling him by putting him in a choke hold.

Matthews will appear in court on Thursday at Naval Station Norfolk in Virginia, according to the Navy.

“On Thursday, SOC Adam Matthews will take full responsibility for his role in the tragic death of Staff Sgt. Logan Melgar,” Baxley said.

“He looks forward to detailing what happened that night in Mali almost two years ago, and hopes that his explanation of events will assist the Melgar family in finding some semblance of closure. Staff Sgt. Melgar's death was an unforeseen accident that has dramatically impacted the lives of everyone involved. SOC Matthews is eager to assist with the Navy's resolution of this case and then attempting to move on with his life.”

WATCH NEXT: 'Inside SWCC' Recruiting Video